I’ll start by saying that a ceiling fan that looked this cool would never fly (pun intended) in my house, as our decor is a little too “modern and sophisticated” for this to blend into any of our current spaces. That said, I’d be willing to consider a redesign just so I could have one of these ceiling fans that looks like a helicopter. 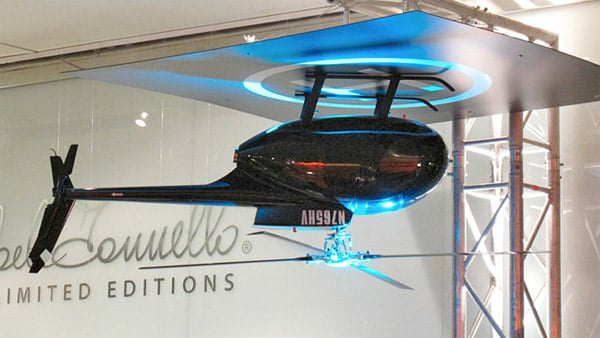 This aluminum and fiberglass helicopter ceiling fan comes from Raffaele Iannello Creative Studio and it’s spectacular. Not only does it look just like a 1:6 scale version of the Hughes/MD500 helicopter, but it’s hanging upside-down, which isn’t exactly the easiest way to fly or land one. 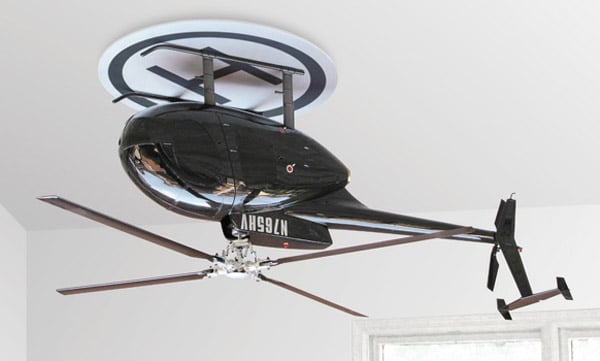 Each of its four carbon fiber blades measures appx. 28-inches long, and it should do a good job cooling off a small- to medium-sized room. There’s no word on how much one of these will cost, but I suppose you could always try and hack one together from your own large R/C chopper. You’d just need to make sure it’s well secured to the ceiling, and the blades would have to be flipped over to ensure the breeze blows down instead of up.