It’s not always easy staying motivated when you train alone. This is one of the reasons why I find the Joggobot interesting. It’s kind of like a robotic coach, that follows you around as you run. 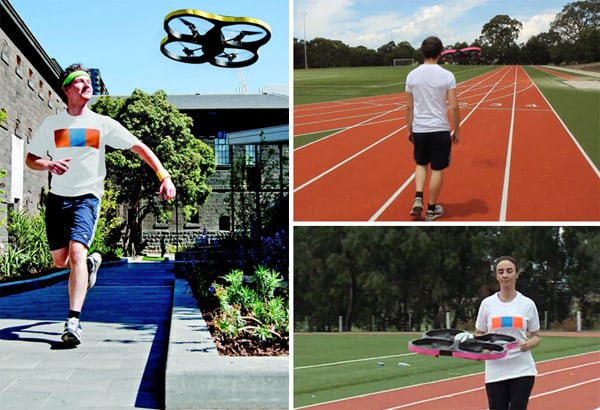 Based on the AR.Drone, the hovering Joggobot quadrotor will attract stares and looks from fellow runners, but it’s certainly easier to keep pace if your smartphone or GPS isn’t enough to keep you motivated. You just need to wear a t-shirt with a specially designed color pattern and the drone will follow you around. That’s kind of cool. You can set your fitness goals via your smartphone to ensure that you keep on pace. The Joggobot was created by Floyd Mueller and Eberhard Gräther at the Royal Melbourne Institute of Technology in Australia to give users something physical to react to when training.

I hope that in the future you can equip it with some tasers so that you’ll have no choice but to keep running. I can already see fitness spas everywhere using these to “motivate” their  guests! 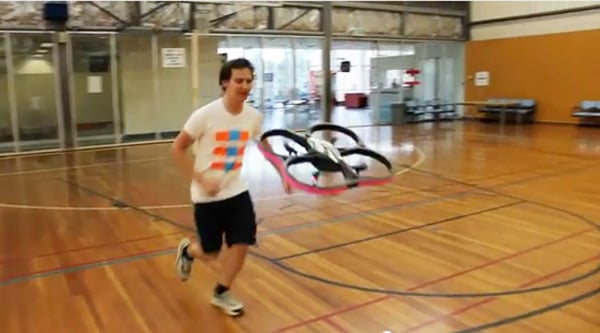 [via New Scientist via DVice]