There have been other throwback GUIs in the past, but this one created by the Amsterdam-based art director Ben Vessey looks pretty cool. You can retrofy your modern Mac OS machine thanks to this set of icons and wallpapers. 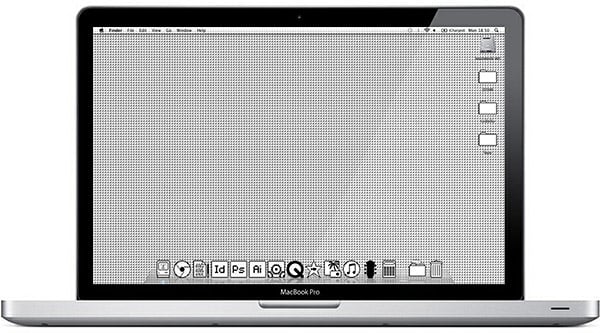 Ben Vessey was sick with the current trend of making icons shiny, thanks to the overuse of shadows and gradients, so he decided to make his own. He started out making a minimalistic design, but then went into full retro mode by using the style of the original Mac Finder, circa 1984. Then, he made some wallpaper to replicate the original OS ’84 backgrounds.

The Old School interface can be yours for the low, low price of a single tweet or Facebook post. Now that’s what I call a deal!