When you need some retro old school gaming you can either collect those old games and spend a lot of dough or you can use an emulator. But emulators don’t give you the fancy console and controllers. Redditor woolydawg5‘s Ultimate Nintendo Gaming Machine gives you the best of both worlds. 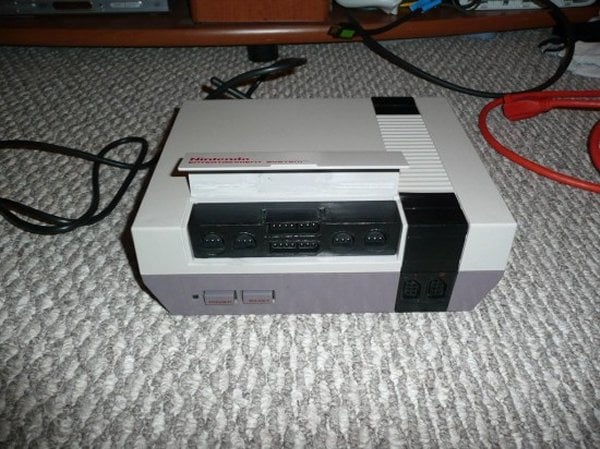 Woolydawg’s device is built into an original NES. Inside it sits a computer that can emulate not only the NES, but the SNES, Game Boy, and the N64. Think of all the classics that you could play with those four options.

He went the extra mile by also supporting all of the original systems’ controllers. This is emulation with an authentic look and feel. It makes me want to build one of these myself, but since I am lazy I’ll just enjoy looking at this one.