Mickey Mouse Found on the Surface of Mercury [Mercury Mouse?]

MIC…KEY….MER…CU…RY. Yep, that stinking song is gonna be stuck in my head all day long now. NASA’s Messenger probe went into orbit around Mercury last March and has shot over 100,000 images of the planet since its mission began. Out of all those pictures, the most interesting is one it’s just been revealed. 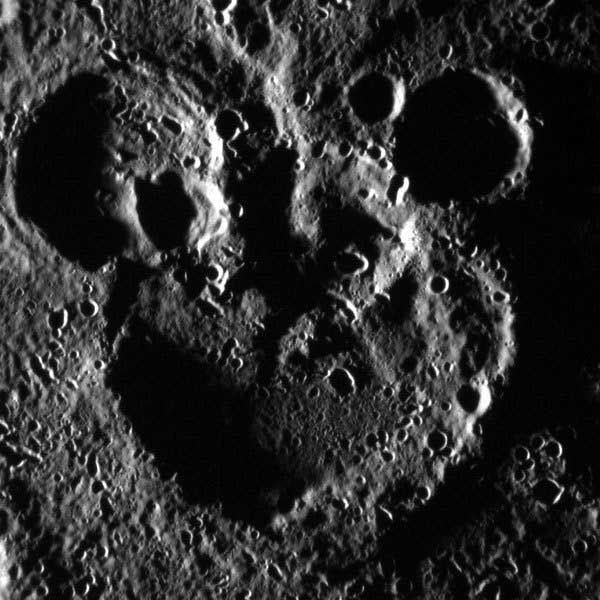 It doesn’t take a genius to realize that in this image, these craters look like Mickey Mouse, with his bulbous ears. Granted it looks like Mickey Mouse with one ear bigger than the other. Messenger is important because it’s the first spacecraft to orbit Mercury, the planet closest to our sun. So far the images have been used to give scientists detailed information on the topography of the planet.

The images of also helps shed light on what the mysterious deposits in the permanently shadowed poles of the planet actually are. Some thought the deposits could possibly be ice. Messenger recorded its 100,000th image on May 3, and as far as we know, Mickey is the only Disney character it captured so far.