Hey, Gundam fan. Yes, you – I’m talking to you. It seems like you’re not alone in your desire to own and have everything that screams Gundam, because the folks over at Tokyo’s Pacific Le Daiba probably knew that there were more fans like you in the world. 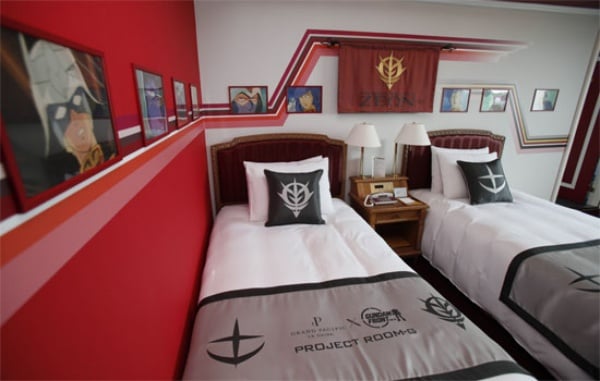 Three rooms at the said hotel have been renovated and filled with oodles of Gundam memorabilia. Not only that, but they’ve been completely redecorated to look as if you’ve stepped into some kind of Gundam gallery.

The rooms have a cockpit to reenact your favorite scenes from the anime, sheets and bedding to reflect its ‘real’ owners, and you’ll be greeted by awesome art from your favorite characters the moment you wake up.