The Higgs Boson Explained via Comics for Us Lesser Geeks

I imagine physicists all over the world must have been titillated by the news that broke out yesterday: scientists at the CERN laboratory have discovered what they think is the Higgs Boson particle. If you want to join in their merrymaking, Jorge Cham, the creator of PhD Comics has created a – wait for it – comic that explains in pretty simple terms what the fuss is all about. 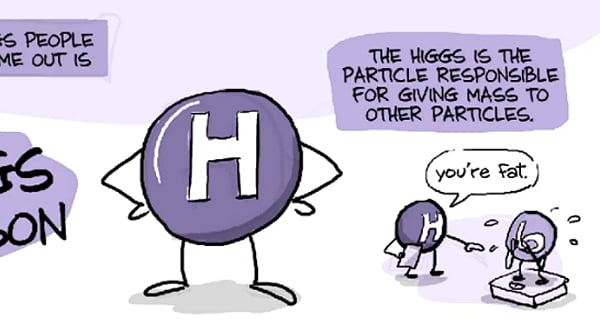 Cham gives us a primer not just of the Higgs boson particle itself but about quantum physics and the purpose of the Large Hadron Collider in general. The strip itself – or rather the time lapse of Cham creating the strip – starts at 0:40 into the video.

Now you know. I for one definitely still don’t. But the drawings were pretty.