NASA is trying to bring it’s equipment into the 21st century and that includes updating its spacesuits. Scientists and engineers at NASA have been working to develop the new prototype called the Z-1. This is the new spacesuit that is being developed to replace the twenty-year old model that was first put into service in 1992. Is it just me or does this look like Buzz Lightyear’s suit? 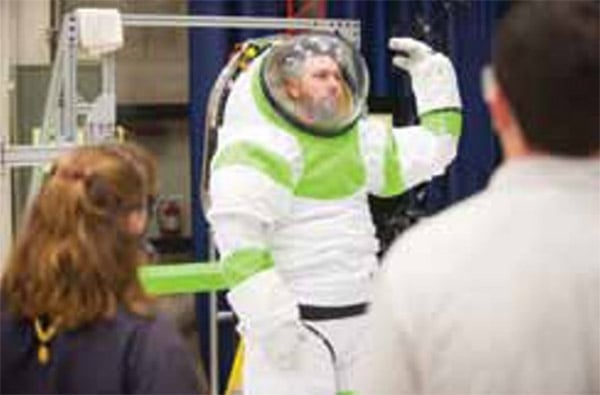 Right now it is undergoing heavy testing. The Z-1 prototype spacesuit and portable life support system has its own airlock. With this new design, an astronaut crawls into the suit from the back, near the top. This is done through an airtight hatch that can latch on to a docking terminal or other vehicle such as a smaller spacecraft or rover unit. This design of course has many possibilities that the previous suits didn’t have. It is also more flexible and cuts down the amount of oxygen that an astronaut uses while in the suit. 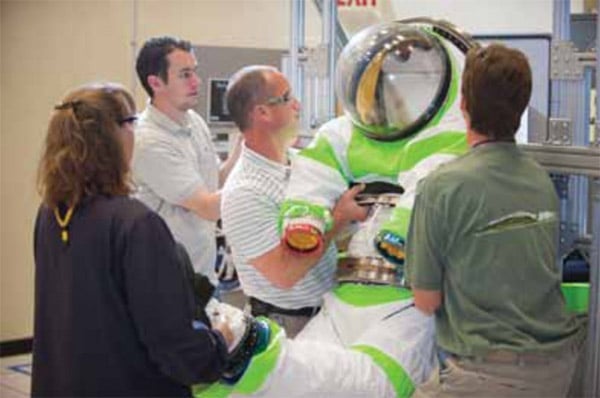 I’m not sure why they are bothering since we don’t seem to want to send humans anywhere in space other than space stations, but hey, at least we have new suits if we change our minds. You can find a more detailed image of the Z-1 spacesuitover at Popular Mechanics.

[via Gizmag via Geek]