Life moves in mysterious ways. (And yes, you caught me, I totally stole that line from a song.) One moment you might feel like you’re on top of the world, then something happens to bring you down to your very lowest.

Before you start thinking that your life sucks or that your world is about to end – take a second to look at the world and life through someone else’s eyes. 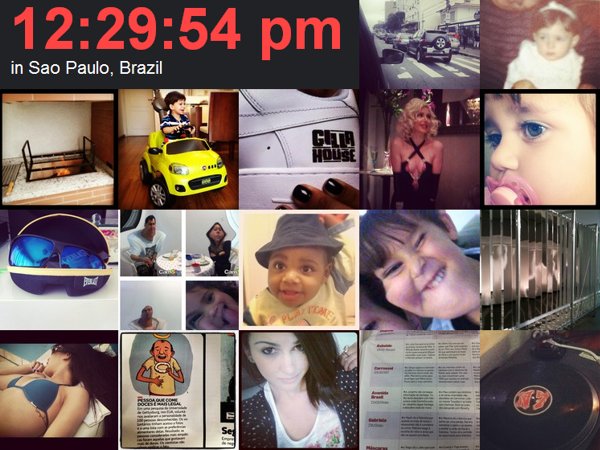 Why? Because it just might give you the perspective you need to push past whatever it is you’re going through right now. And also to show you that hey, the world’s still spinning around, and whatever problem you have – no matter how big or small – doesn’t spell the end of it.

You can do just that by checking out This is Now, a site that displays Instagram photos from five major cities of the world as they’re posted in real-time. The project was thought up by Marcio Puga, Mauricio Massaia and Per Thoresson and uses Instagram’s API to access and display them for the whole world to see. Here’s how they describe their project, in their own words:

The This is Now project is a visual composition which uses real-time updates from the ever popular Instagram application based on users’ geotag locations. The tool streams photos instantly as soon as they are uploaded on Instagram and captures a city’s movement, in a fluid story.

Get out of your shell and see the world in other people’s eyes on This is Now.