Sometimes, looks matter. Don’t get me wrong, because functionality should always be the main concern. But when that part’s done and over with, aesthetics also play a role in how it impacts people’s lives.

Take, for example, these solar lamps by Danish artist Olafur Elisasson. It’s pretty obvious why he decided to name it the Little Sun. But aside from its novelty factor, the lamps serve a higher purpose. 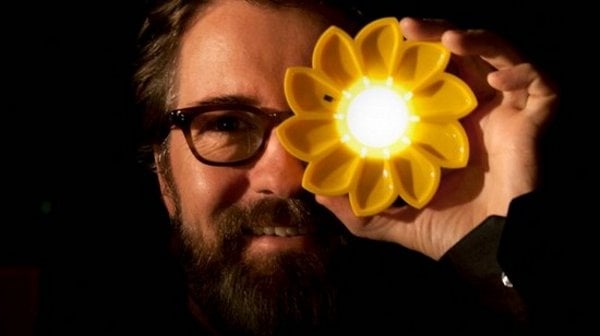 Elisasson actually designed them to sell to poorer countries that still use kerosene lamps. At $10(USD) a pop, they’re pretty much as affordable as solar lamps can get. They’re also a breath of fresh air from how solar lamps typically look light, and economical too. As Elisasson says that “over the course of the lamp’s lifespan, its users can save 90 percent on what they would spend on kerosene for lighting.”

I don’t know about you, but if I’m in a crappy mood, these Little Suns could probably brighten up my day.

[via The Economic Times via Dvice]