After invading living rooms with his Space Invaders couch (which btw are now for sale), Igor Chak imagines the king of shelves, patterned after one of the most famous videogame stages ever made: the construction site aka Barrels stage from the legendary 1981 arcade game Donkey Kong. 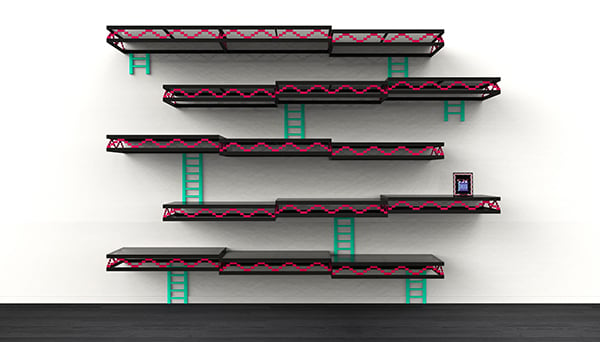 The concept took shape when Chak imagined where the props in games are taken after they’ve served their purpose. He thought of a way to “encourage Mario” – who has since moved on to pipes and bricks – to take back these old steel beams and ladders. I’m not sure if Mario owns the construction site, but I’m sure both he and Donkey Kong would love to have this shelf in their cribs. After all, they owe a lot to this pixelated scene. 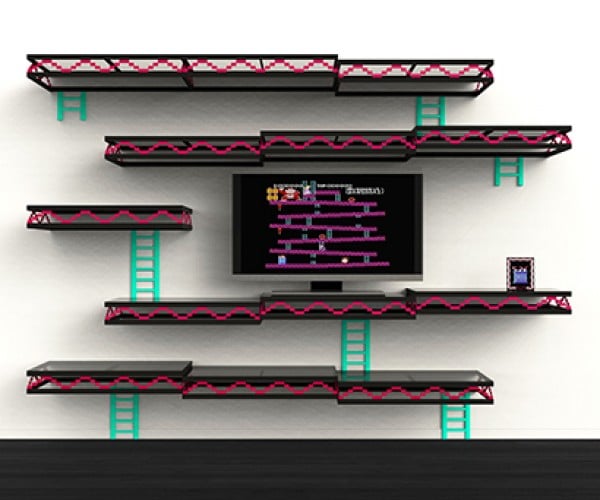 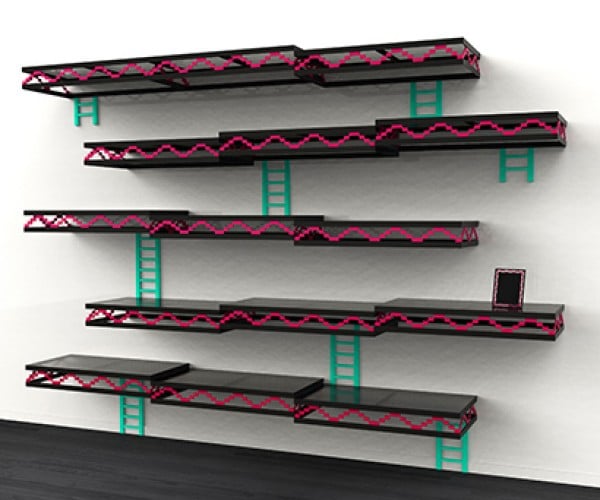 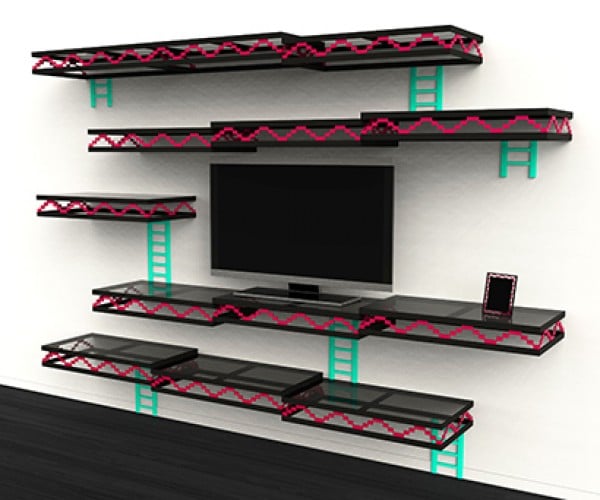 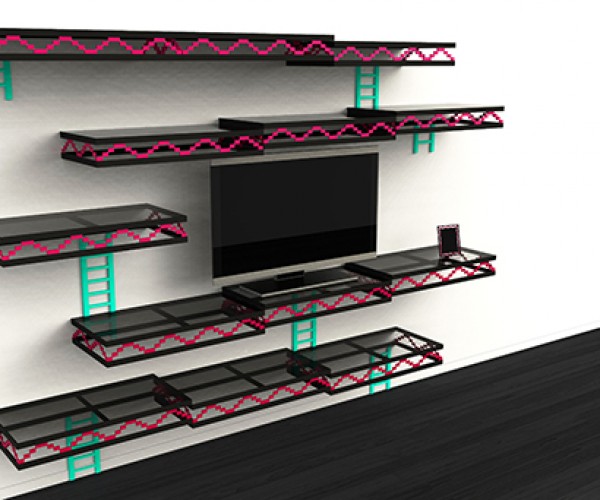 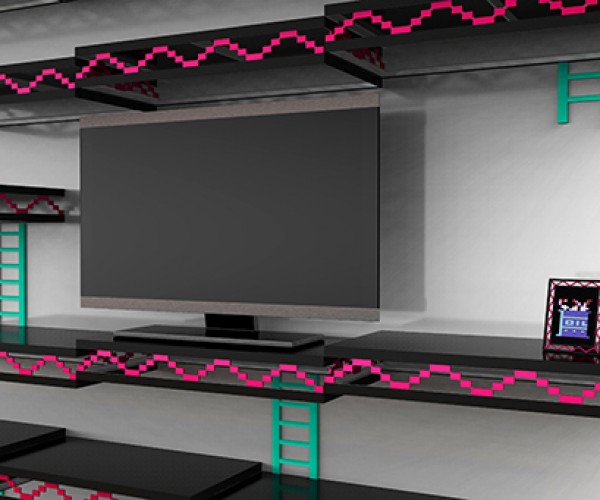 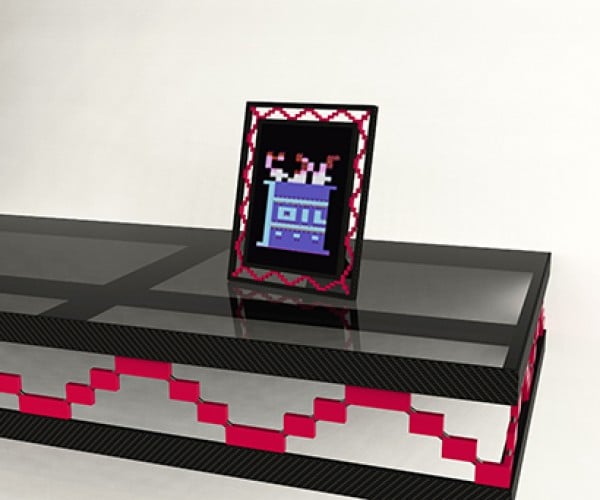 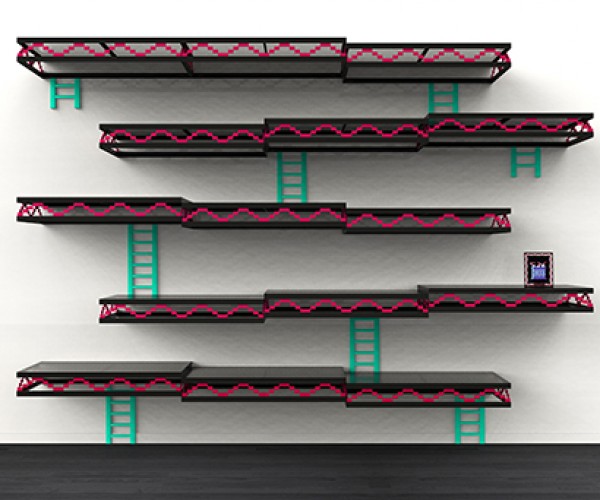 Insert a token in your browser and jump to Chak’s website for gorilla-sized versions of the images. I sense a trend of platformer-inspired shelves incoming.