Drones seem to be everywhere these days, but in most cases they can get expensive and most remote spy planes are used overseas. Aerospace engineer algorhythmic decided to see what sort of vehicle he could cobble together on a limited budget. 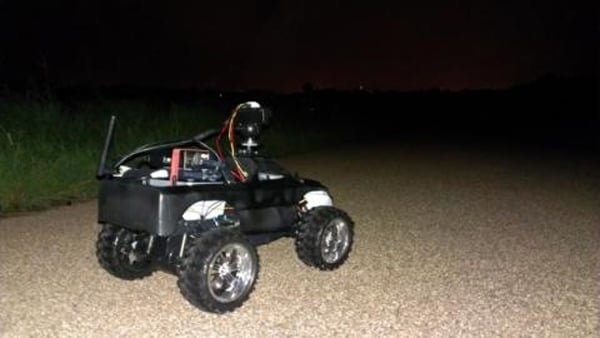 The Xaver Mk.2., his remote-controlled, roving surveillance vehicle, doesn’t look very imposing, but its compact frame is packing a night vision camera and a Raspberry Pi. The drone was hacked together from bits and pieces, including a PlayStation 3 Eye camera as well as a Wi-Fi module. An Arduino controller directs a motor that allows the camera to move. It’s been configured to stream video from the camera via the Internet, and the whole rig is operated remotely by a PS3 controller.

Algorhythmic promises to create a series of videos on how to construct it and how he will tailor his prototype on his website.