It takes a serious Batman fan to build a replica of any of the Dark Knight’s vehicles. It is even more impressive when they build them from junk as is the case with this Batpod motorcycle. 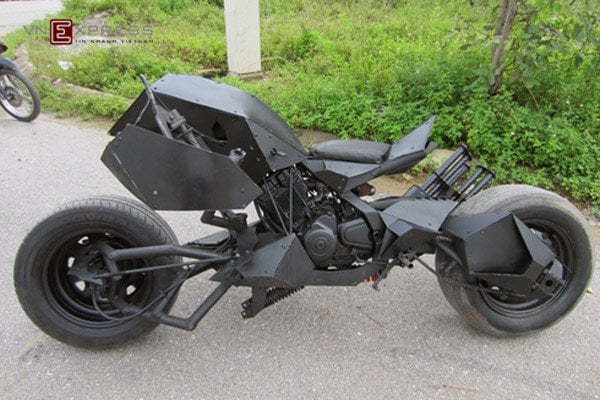 It not only looks amazing, but this is a fully functional hand-built Dark Knight BatPod. It was made from scrap metal parts by Vietnam’s Tùng Lâm. It looks like it cost him a fortune to build, but believe it or not, it cost just $480(USD). That’s a lot less than Bruce Wayne paid for his (or the $100,000 for this replica.)

The video shows Tùng tearing up the streets on this cool vehicle and just generally feeling good and being his own superhero. You can see more pics from the build at the link below.