If only Nintendo would actually make stuff like this, my life would be complete. I mean, just look at how amazing this NES toaster looks. It’s an Nintendo Entertainment System that makes you breakfast. Best toaster ever. 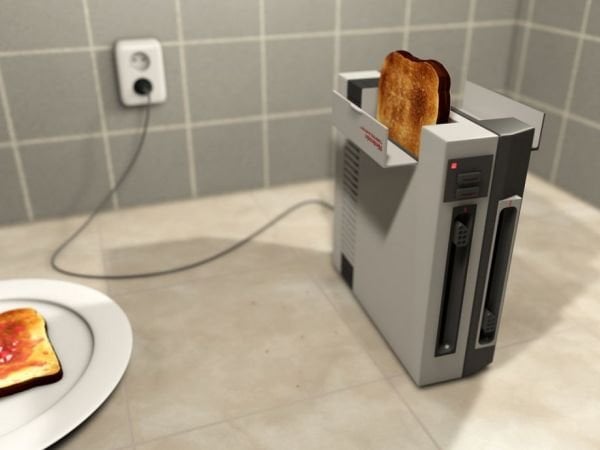 It’s an awesome accessory that is perfect for every geek kitchen. And no, you don’t really have to blow on the toast a few times before getting it to work. Although I wouldn’t mind one bit. It just adds authenticity.

It was made by my burning eyes on Deviantart, who obviously knows something about design. I love the sliders in front to control how dark you want your toast.

It’s also the exact opposite of the Nintoaster.