Looking to add a media player to your HDTV but don’t want to buy another set-top box? Then check out the latest media players from Germany’s Dune HD, which offer full 1080p playback in a tiny package. 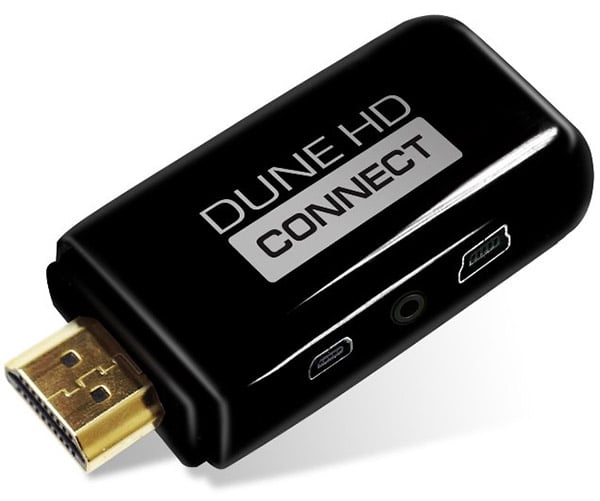 The Dune HD Connect will plug into an empty HDMI port on your TV, adding a full HD media player, capable of streaming content in a wide variety of formats from your home network or over the Internet. While specific format support hasn’t been announced, you can get a sense of what it’s likely to handly from their current compact media players. The gadget also has a built-in microSD connector and a USB port for playback of local content as well. In addition to the base version, the Dune HD Connect 3D adds full 3D video support via the HDMI 1.4 spec, as well as MHL (Mobile High-Definition Link) output.

Dune hasn’t revealed a retail price yet for these compact media players, but expects to release them by the end of the year.