I bet many iPhone users spend a lot of time streaming video from YouTube on their smartphones when they have time to kill. The iPhone has had native support for YouTube since day one, but thanks to its ongoing war with Google, Apple announced not too long ago that it would be discontinuing support for YouTube natively with iOS 6 (and more than likely with the iPhone 5). YouTube has launched their own solution to that problem. As of today, YouTube has announced the launch of its official iPhone and iPod Touch YouTube app. 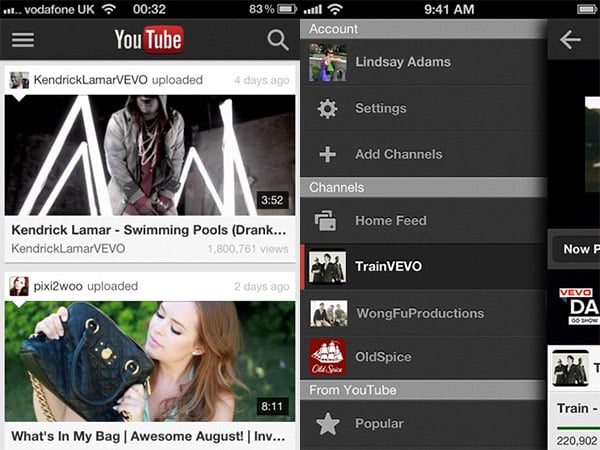 The app can be downloaded on the App Store right now and brings new features that iPhone users haven’t had in the past. First off, the new app allows access to tens of thousands of additional videos since many publishers had restricted playback to when they could monetize their content. Ironically, Apple’s elimination of the built-in YouTube app may actually make Google much more money, now that the app can support pre-roll advertising. Early reviews state that the new app is faster than the Apple bundled app, which hasn’t been updated in a very long time.

In addition, the app also has a channel guide accessed by swiping a finger on the left edge of the screen. The channel guide offers users direct access to all their subscribed channels on YouTube. The app also has new search tools to give video suggestions as you type and allows users to flip through related videos, comments, and more info while watching a video. The app also allows users to share videos they find via Google+, twitter, Facebook, text messages, and e-mail.