This is how the New England office (blue) of Dealer.com is connected to the company’s California office (orange). Either that, or this is actually a shot of Aperture Science Laboratories, with webcams included as props to throw us off. 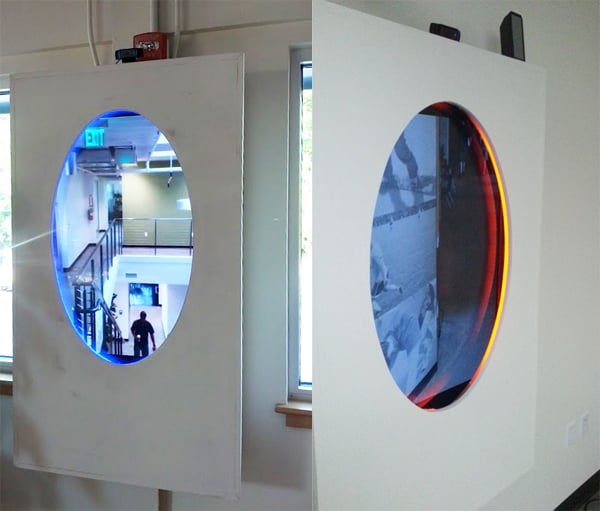 If you think about it, webcams already accomplish 50% of a portal’s job. They let two parties peer into each other’s space as if they were in front of each other regardless of the actual distance between them. The other half is mostly just lighting, and that bit about actually being able to walk through the portal.