Would you believe that friendly-looking robot giving that guy a hug is an industrial robot? You probably thought they were all just arms that weld and move heavy objects. Well, most are. Baxter obviously is different. 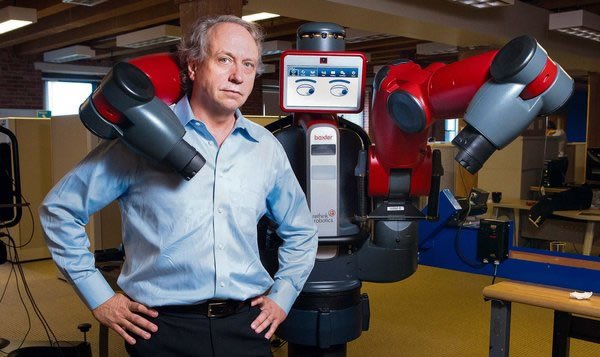 Baxter is the work of roboticist Rodney A. Brooks of Rethink Robotics, and he was obviously designed to be human-friendly. The robot is made to be easily trainable by an assembly line worker, and if you grab Baxter’s hand, it will turn its head and its cartoon eyes on it’s tablet-sized face will look at you as if to say “Hey there, human.” And that’s the point.

The company is betting that in the future robots will work side-by-side with humans. Naturally, they want to be at the forefront here and are working hard to make normally dangerous bots more friendly. It sounds good, until a hug from this guy tears someones head off.

[via NYT via Neatorama]