If you’re not one of those people who can solve a Rubik’s Cube in 5 seconds, and rearranging the stickers isn’t for you, here’s a fun trick. It’s a special version of the 3×3 puzzle that automatically solves itself. 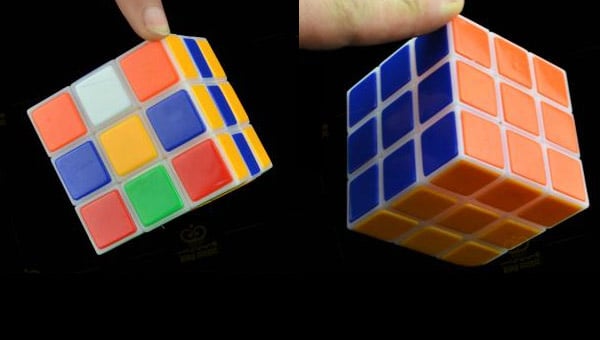 Designed for magic shows, this special cube can be rearranged to jumble its faces, and when tossed into the air, it solves itself, restoring all sides back to solid colors. I’m not sure exactly how it works, but the guys over at China’s Kingmagic simply say “The method is brand new, and diabolically clever.” Clever, indeed. Especially when the magic show in the video clip below dates back to 2007.

You can grab the self-solving Rubik’s Cube over at KingMagic for just $2.39 (USD).