Nowadays, kids are into violence.  Guns, explosions, fist fights – you can’t deny that these have all become an integral part of the gaming experience.  Borderlands 2?  Violent.  Halo 4?  Violent.  All 50 million versions of the same game?  (CoD.)  Violent.

Portal is one of the more docile games in terms of getting injured, but we’ve taken one small part of that experience and focused on it in all kinds of different creations. Which part is that, you ask?  The part that shoots things, of couse – the turret from Portal!  One minute it’s your friend, the next it’s stabbing you in the back.  With bullets.  Still recovering emotionally from Wheatley’s betrayal. 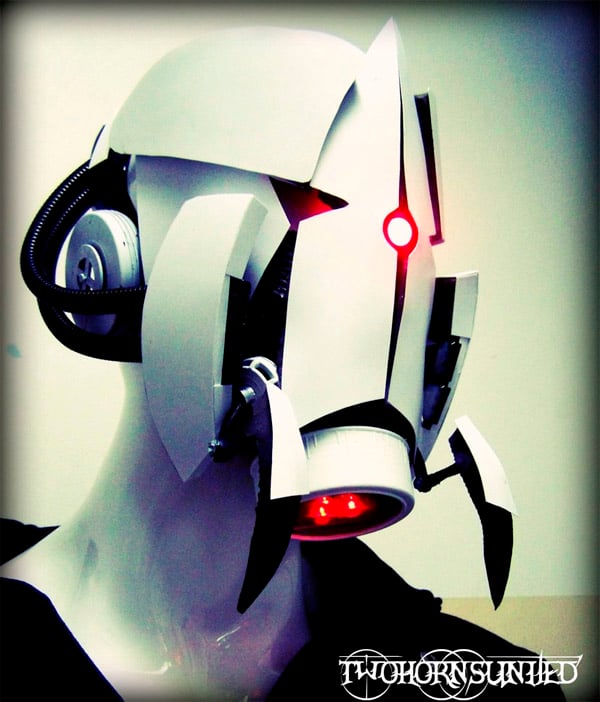 A guy by the name of TwoHornsUnited, who understands the concept of two objects being stronger than a single object, has created this awesome tribute to Portal.  No, I don’t think it will actually protect you from noxious gas, but it sure as heck will make the neighbors pee their pants when I crawl in through the window holding my Portal gun replica. 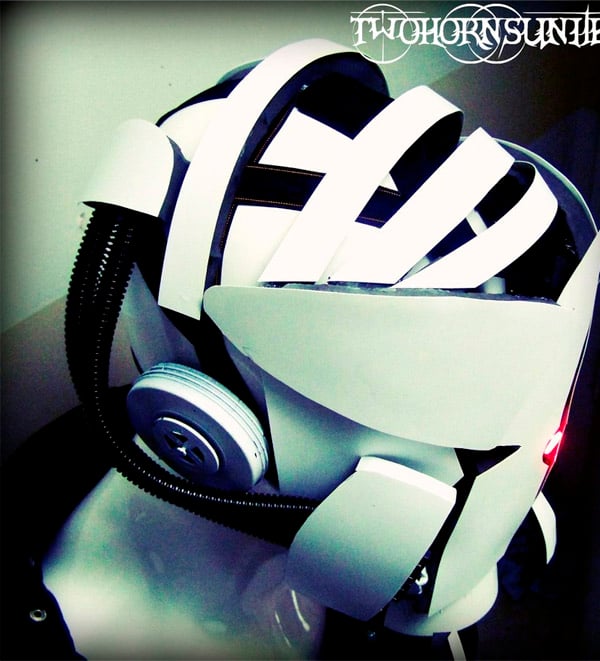 Here’s what the mask looks like from the view of the fifty foot woman.  You know – did anyone ever try to reason with that lumbering creature of a woman?  “Are you talking about my wife again?”  HAHA – I’m going to tell on you like I used to in grade school when you’d flick boogers at Jenny.  “So you weren’t talking about my wife?”  No – we already came to the consensus that she looks like that bear Matthew Inman drew.

If you like the Portal Turret Gas Mask, then you’ll definitely want to check out the Portal Webcam.  “Not really, actually.”  I’m not a mind-reader, you intellectual potato.  Go take a look at the LEGO Portal set while I wallow in my self-pity, which gives off an odd stench.

Jack Kieffer owns Cool Gizmo Toys, a site that has a bunch of geeky stuff on it.