We’ve all seen keyboards made for tablets, but this is the first time I’ve ever seen a display made for tablets. It’s called the Monitor2Go, a 15.6″ display with a built-in slot for the iPad 2 and the new iPad. What’s next? an optical drive accessory? 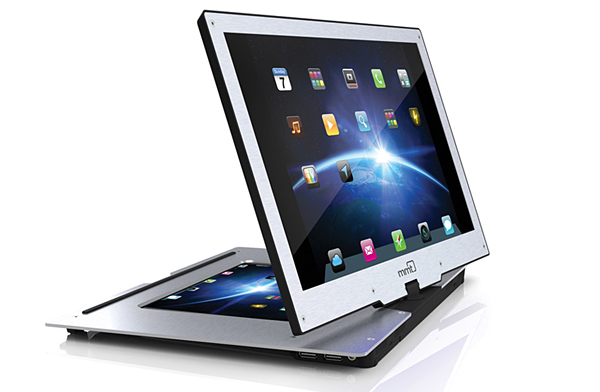 Mobile Monitor Technologies (MMT), the company behind Monitor2Go, is positioning their product mainly for business use. The display connects to iPads and other mobile devices via HDMI – meaning you’ll most likely need an adapter – but it can also connect to other computers via USB so it can be used as a secondary screen. In fact you can daisy chain up to six Monitor2Gos thanks to the two built-in USB ports.

The display rests on a base and can rotate and pivot up to 180º, so other people can look at the display while you’re free to poke, jab and hog your tablet’s display. Of course you can also use it as a media player, especially since it has speakers. 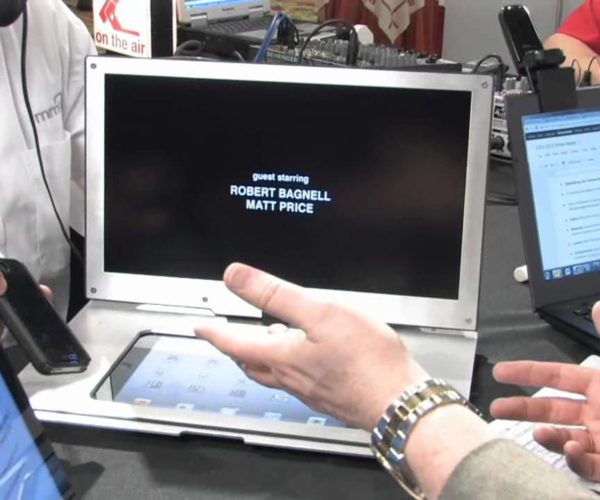 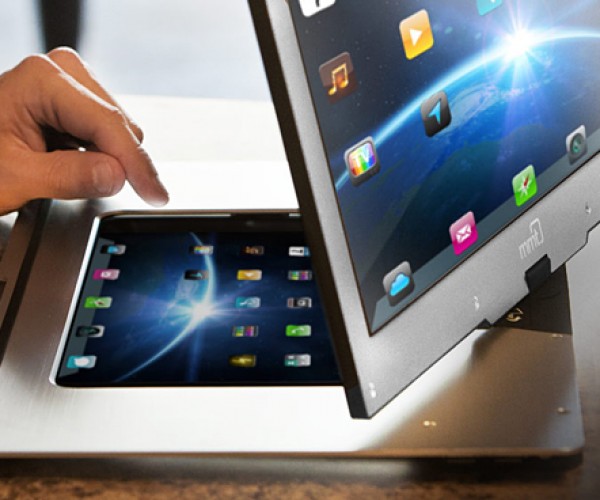 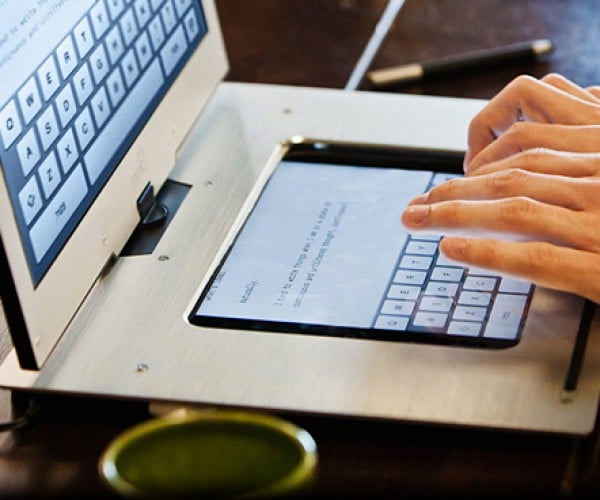 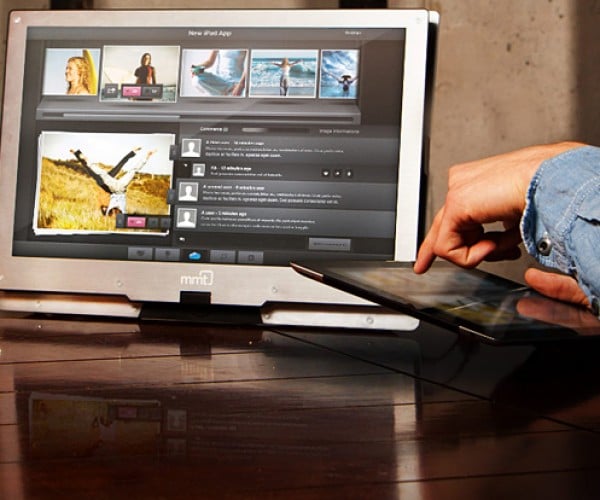 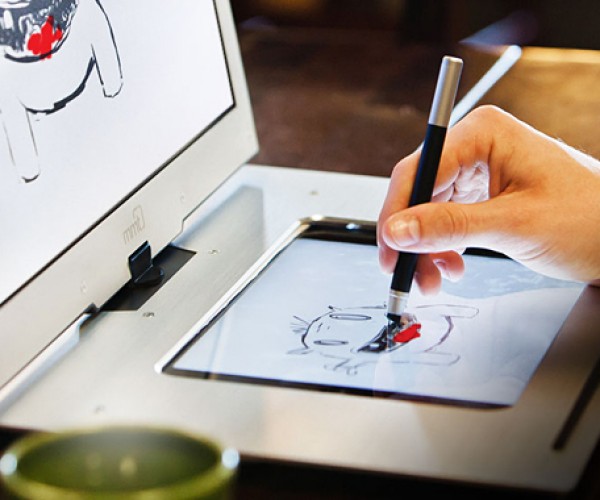 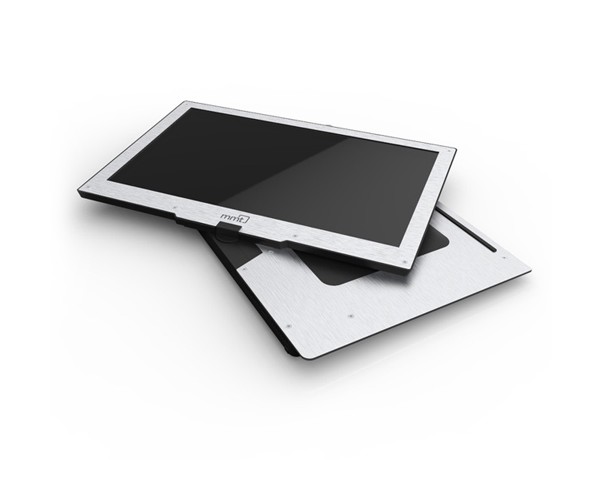 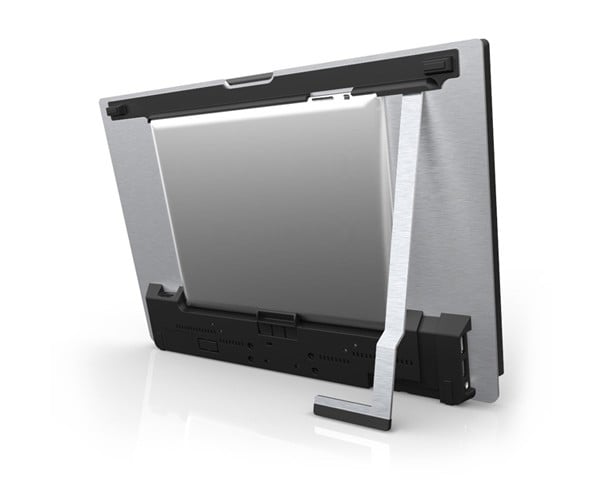 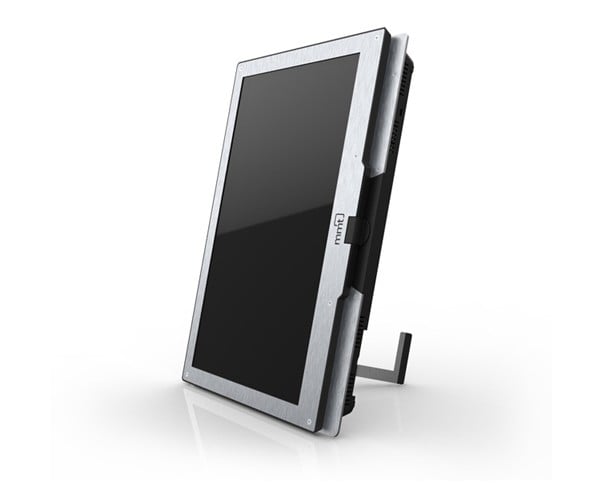 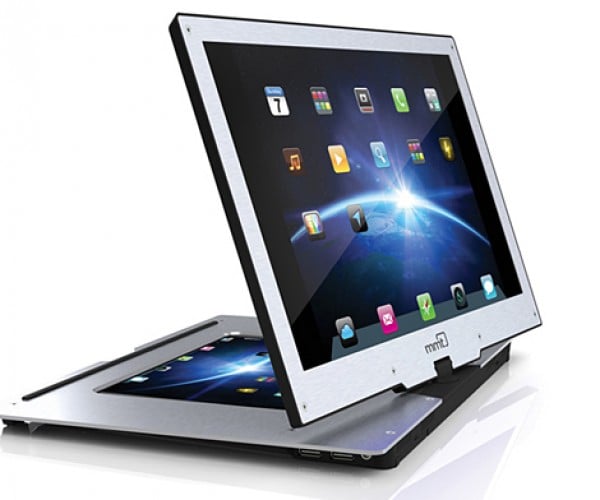 Here’s a demo of the display shot by ITTV, back at CES earlier this year:

Whatever your purpose, it may seem silly to carry a tablet (or a phone), a cable and the Monitor2Go instead of one 15″ laptop. But I think it will have a niche, however small. What I think is silly is that the Monitor2Go has no built-in battery and thus needs to be plugged in. That takes away a lot of its portability. To be fair, MMT did say on their website that they will release a “battery power module” soon.