A lot of the technology we enjoy here on Earth started out as tech created for the space program. NASA has a very cool robot working on the International Space Station right now called Robonaut 2. New technology that has spun off from the Robonaut 2 program has been unveiled that could help astronauts exercise while in the weightlessness of space – and could possibly help paraplegics on Earth to walk again. 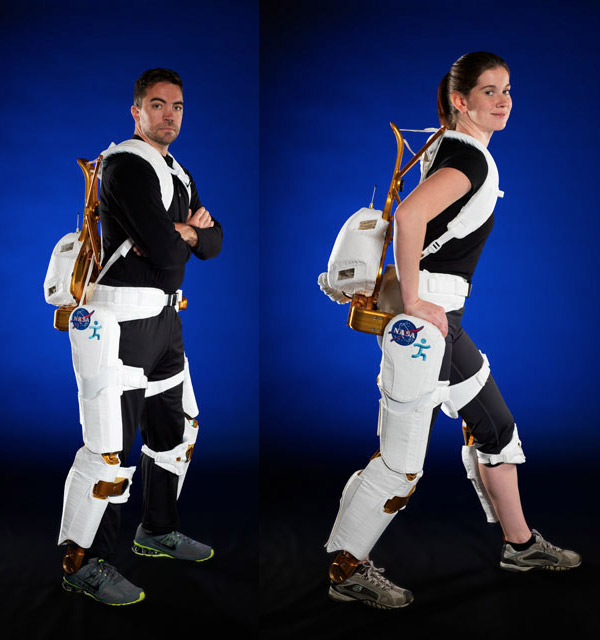 The technology is called the X1 robotic exoskeleton and was developed in cooperation with NASA and the Florida Institute for Human and Machine Cognition. The exoskeleton weighs 57 pounds and can be worn by humans to help assist or inhibit the movement of leg joints. By inhibiting movement, the exoskeleton could also provide resistive exercise.

The exoskeleton is worn over the legs with a harness that reaches up the back and around the shoulders. It offers 10° of freedom in the joints with four motorized joints at the hips and knees along with six passive joints that allow for sidestepping, turning, pointing, and flexing the foot. The system offers multiple adjustment points allowing the X1 to be used in a variety of ways. For instance, the exoskeleton could be used to help astronauts carry heavy gear on the surface of other planets and could possibly be adapted to military transport use here on Earth.