Own Your Own deadmau5 mau5head. Holy 5hit.

If you’re a fan of deadmau5, and have a massive budget for your Halloween costume, here’s something that’ll blow all your friends away. It’s a replica of the performer’s famous light-up stage head, and it can be yours for the low, low price of $2750 (USD). 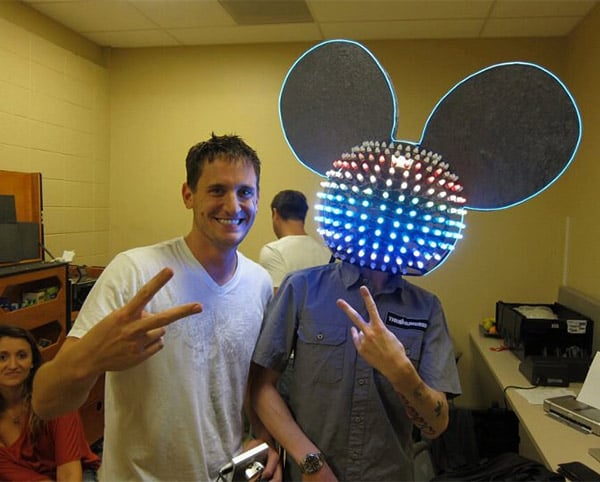 It was made by Etsy artist Jeffrey Nappi, and it has an orb-shaped helmet, covered in 168 RGB LEDs, along with electroluminescent mouse ears. It’s operated by a San Devices E680 pixel controller and Madrix computer lighting control software which can be programmed to display any imagery you’d like. While it’s not quite as awesome as this guy’s version that uses over 760 LEDs, you can’t buy that one. 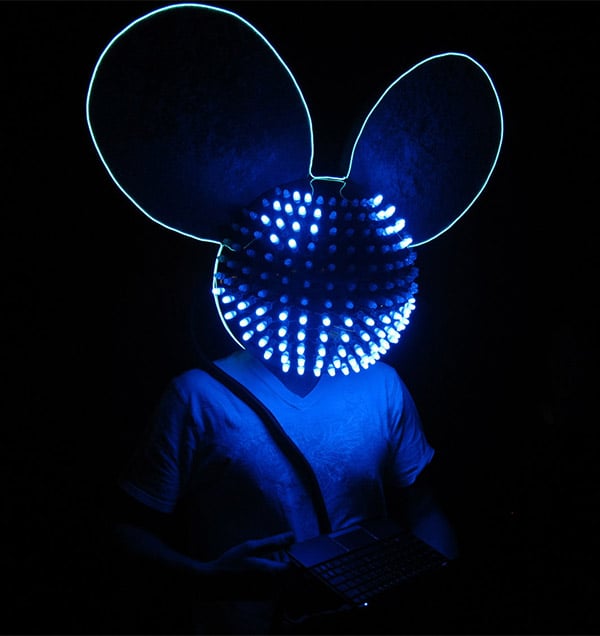 In case you’re wondering how you see out of this thing, the helmet is actually made from a see-through acrylic globe, so I can only imagine the trippy, rave-like experience you’ll get wearing this thing. Here’s a video montage showing Jeffrey’s build process, as well as the helmet in action:

And some more footage of the head reacting to music (and playing a little Tetris):

If you can’t spare the nearly $3000 to buy a pre-built one from Jeffrey, you can attempt to build your own from the parts list and source code provided up on GitHub. But for those of you with the budget, and the lack of technical skill, you can order one over on Etsy now.