I’ve always had a fascination with bridges ever since I was a kid, all thanks to the rhyme that went ‘London bridge is falling down…’ Now that I think of it, it’s a sad rhyme and what does it have to do with the fair lady?

Anyway, that fascination wore off when I realized that bridges were just, you know, bridges. But I think this concept for a trampoline bridge in Paris (called ‘A Bridge in Paris’ – stating the obvious, I know) might have just brought the joy back to bridges! 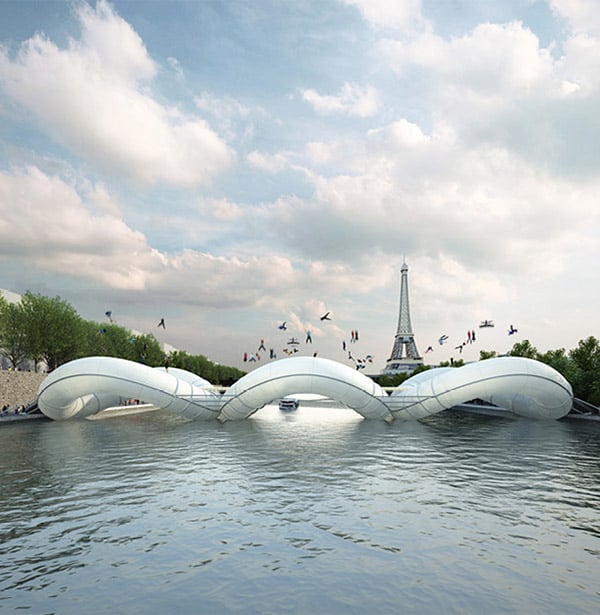 Basically, the picture says it all. To let everyone experience the ‘joyful release from gravity’, the AZC Architecture Studio designed the bridge using three gigantic trampolines that would be connected with massive inflatable tubes. 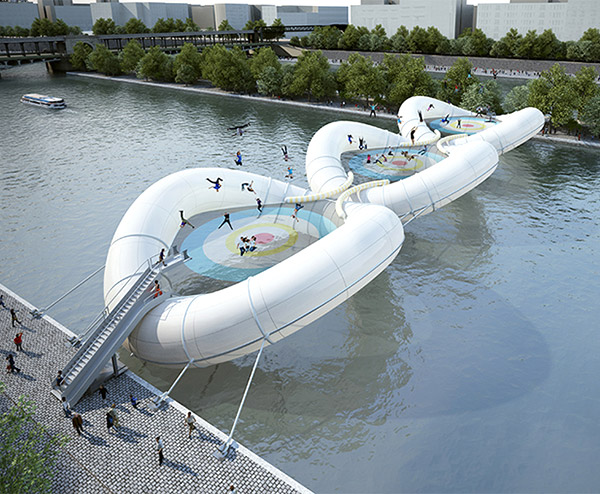 Now that’s one bridge that I’d like to keep crossing all day long. 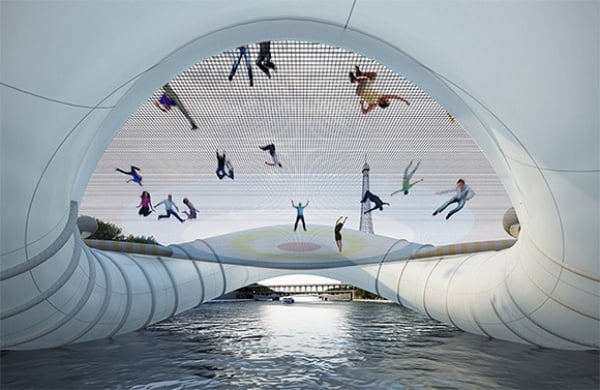 Of course, they don’t quite explain how they’d keep people from flying off the thing and landing in the River Seine. 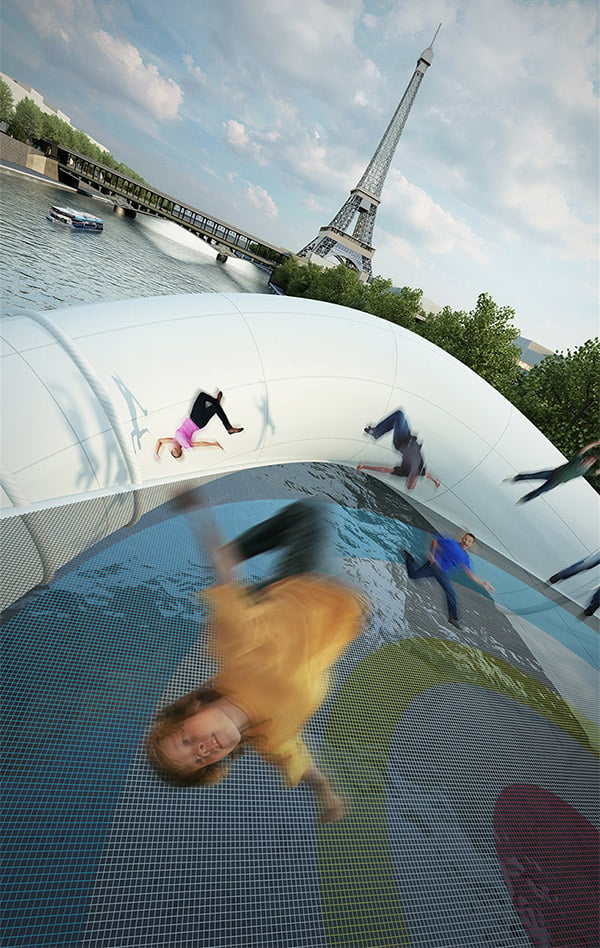 [via designboom and DVice via LikeCool]