Apple today officially revealed the latest addition to the iPad line, a slimmed-down new model with a 7.9-inch display called the iPad Mini. The new tablet is aimed squarely at the lower end of the market, looking to undermine Amazon’s Kindle success and to deal a blow to other small tablets, such as Google’s Nexus 7 that are significantly less expensive than the current iPad. 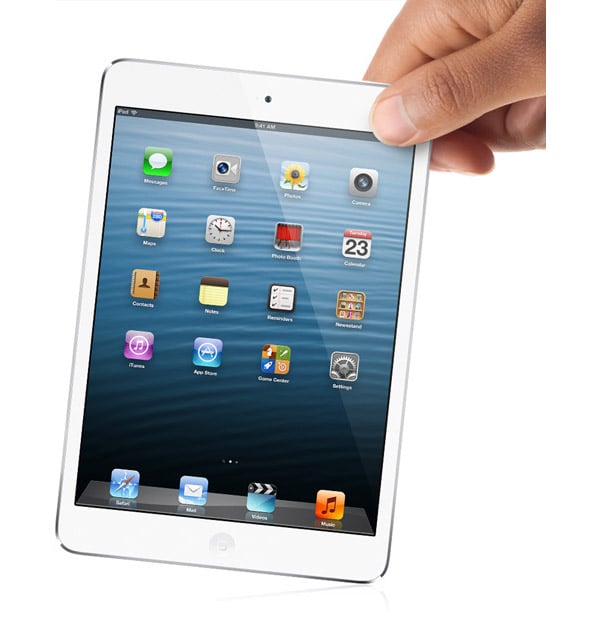 The new iPad mini is built to be slim and lightweight, and measures just 7.2mm thick and weighs .68 pounds – about half what the 10-incher weighs, and much easier to hold with one hand.

Under the hood, it’s similar to the iPad 2, running the same A5 dual-core chipset, and offering a 1024×768 touchscreen display at 163ppi, which is lower than “retina” density, but still looks sharper than the displays in the original iPad and iPad 2, and ensuring full backwards compatibility with existing apps. 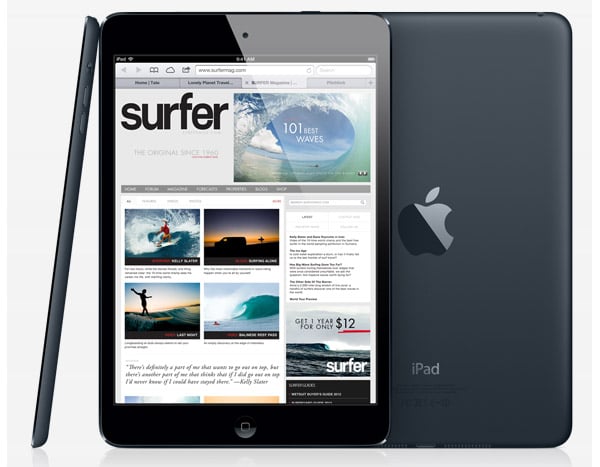 It’s all packed into a svelte aluminum case with similar design cues to that of the recently-released iPhone 5, with a skinny bezel that helps pack more display into a smaller package. It sports Apple’s tiny, 8-pin Lightning connector to help keep things slim. It will ship with either a black or white version with an anodized aluminum case, just like the iPhone 5 too. Connectivity is 802.11 a/b/g/n wi-fi, with Bluetooth 4.0 and optional 4G LTE connectivity. 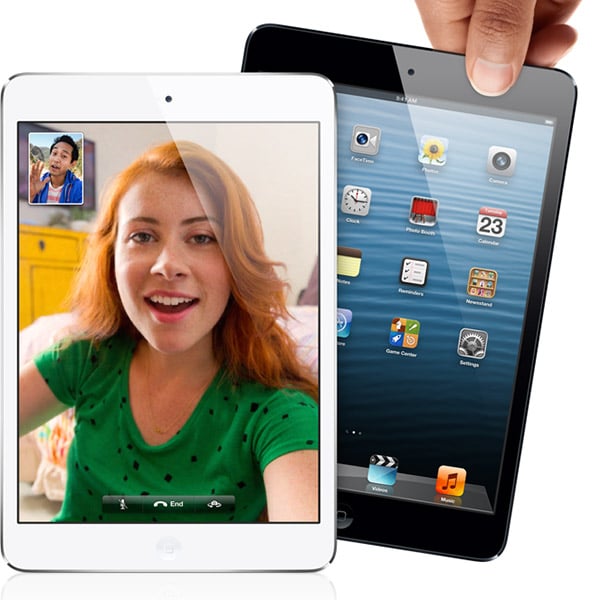 Just like its big brother, battery life is rated at 10 hours, and the mini sports a front-facing FaceTime camera at 720p resolution and a rear-facing camera that can shoot 1080p video or 5-megapixel stills. It’s also got the requisite three-axis gyro, accelerometer, compass, and ambient light sensor. The 4G LTE model also offers A-GPS. 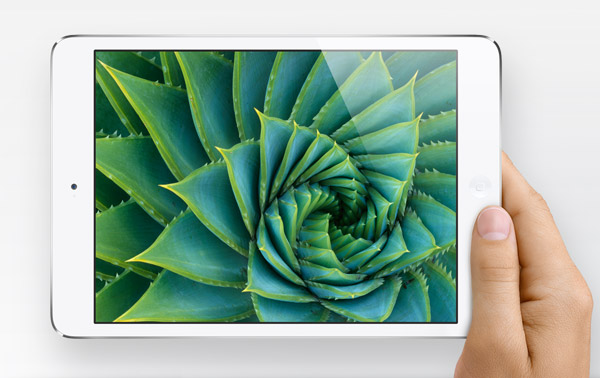 Of course, the iPad mini ships with the recently-released iOS 6, along with all of its new bells and whistles. Of course, it can take advantage of the over 275,000 iPad apps already available through the App Store too. Also announced today was an updated version of iBooks, which supports continuous-scrolling, posting of excerpts to Facebook and Twitter, and iCloud page syncing, and support for 40 languages. The update will be available from the App Store later today. 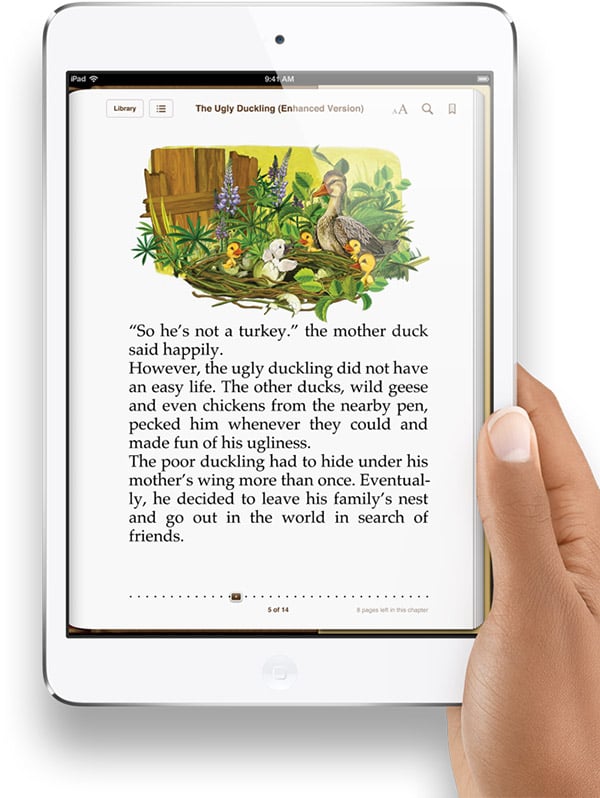 And for those of you who take your iPad on the road, the iPad mini even supports Siri. 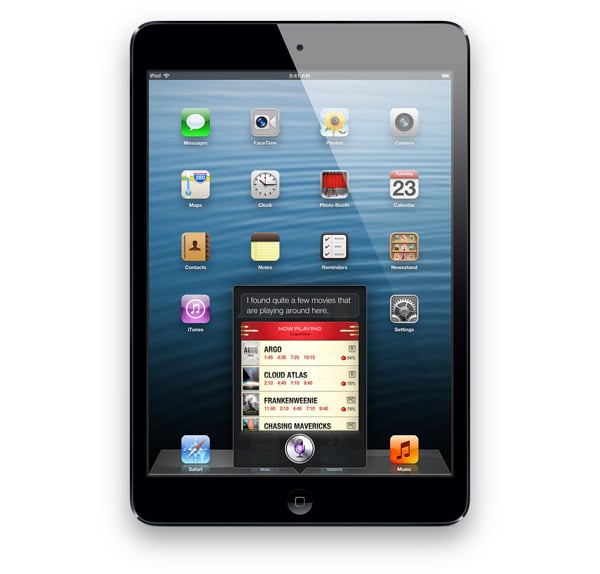 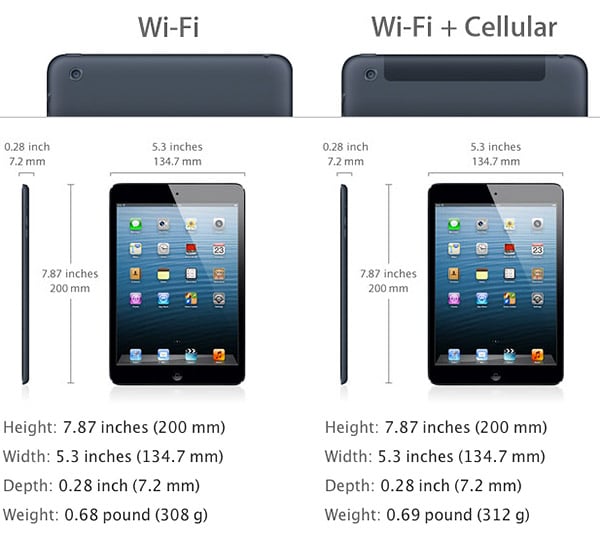 The iPad mini will be available for pre-order starting this Friday, October 26th, and the Wi-Fi version will ship starting on November 2nd. No word yet on which countries will get the device on that date, nor the exact date for the LTE variants. You should be able to find more details on the iPad mini over on Apple’s website now.

Personally, I prefer the larger screen of the regular iPad models, and someday I’d love an even bigger tablet – maybe 15 inches. But for those of you who want something more compact, still want Apple’s massive library of iOS apps, and are looking to save on their tablet purchase, the iPad mini looks pretty nice.