As you know, we love our LEGO around here. Every time I think I’ve seen it all, my faith in the creativity of humankind is restored by yet another LEGO build. This particular construction was inspired by the Mexican tradition of Dia de los Muerto, or The Day of the Dead. 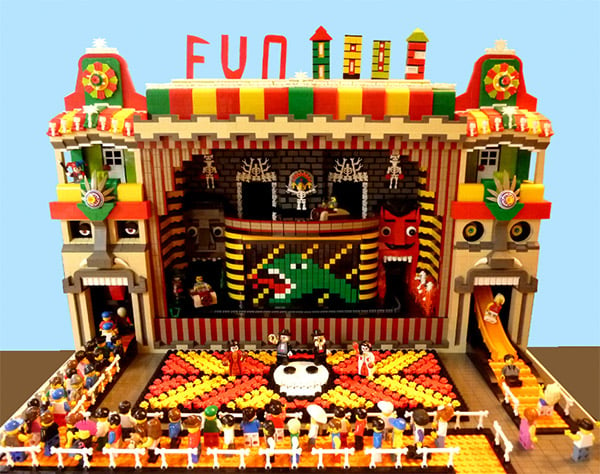 LEGO-maniac Brickbaron created this bright and colorful scene of a fun house, loaded with happy (and somewhat terrified) minifigs as they make their way in and out of the FunHaus (which, coincidentally isn’t Spanish at all). 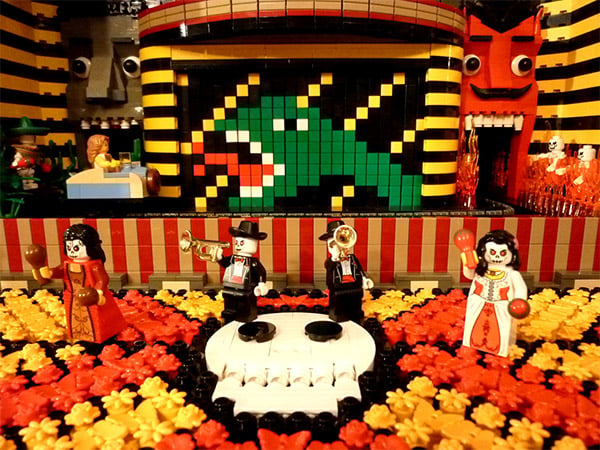 It’s embellished with skulls and a facade loaded with eyeballs and chompy teeth to lure you in. It’s also got an awesome moving scene in the middle, which you can check out in the video clip below: 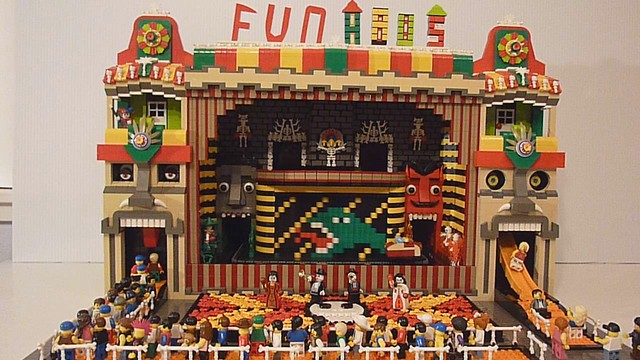 Brickbaron also says the scene was highly influenced by the works of artist Pooch, and I suggest that you check out his website for some cool and unusual paintings. Be sure to check out the hi-res images of FunHaus over on Flickr too. 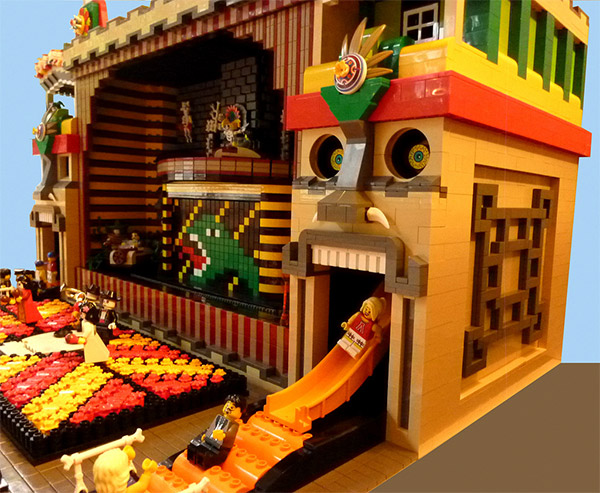