Some dads really rock and go the extra mile to make sure that their kids have some great memories. When the video below was shot, Susie W’s kids had been separated from their dad for about 3 months. But dad had a surprise for them. 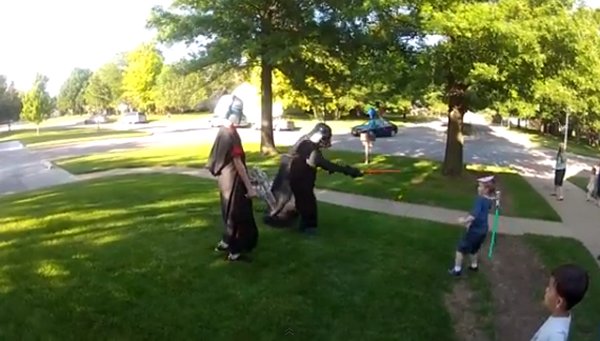 The kids thought that they wouldn’t be seeing him until December. When their son said that he wanted a Star Wars party so he could be Luke and fight Darth Vader, he had no idea what was in store for him. Vader was supposed to be his older cousin, but the dad came home from his Navy deployment for a 96-hour leave and surprised his son, dressed as Darth Vader.

Ah. This video makes you feel all warm and fuzzy inside. Imagine if Luke and Vader’s Empire Strikes Back fight had ended in a hug… Damn, that sounds like Disney Star Wars. What are we all in for?