About a year ago, I spotted this cool mechanical LEGO clock called the Time Twister. It was a pretty amazing build, recreating the segmented display of an LCD clock, entirely with LEGO parts. Well its builder, Hans Andersson is back with a new version – the Time Twister 2. 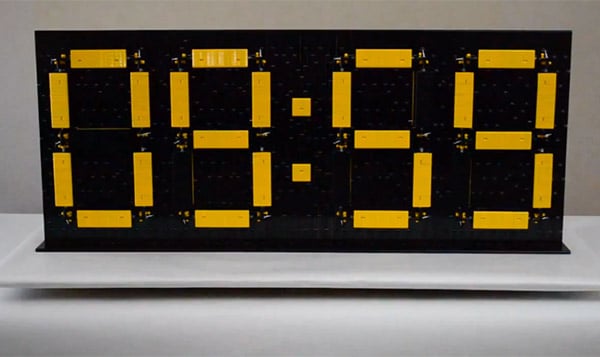 The updated version of the clock has a more finished look than the original, more closely mimicking the style of an LED timepiece with a light-on-dark display. 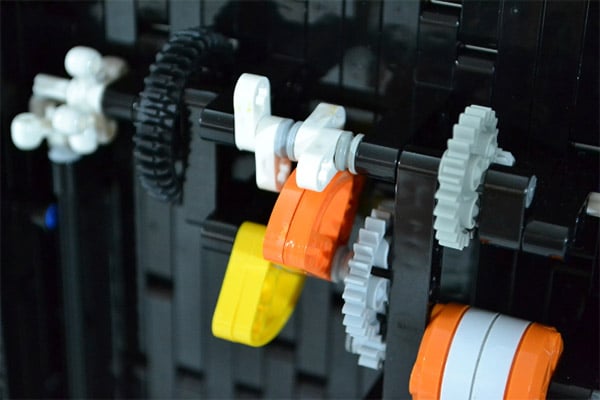 Mechanically, it looks different too, though the basic principles are the same. It’s built from LEGO blocks, Mindstorms NXT Controllers and servo mechanisms interconnected to gradually rotate and reveal segments of the digits which comprise the current time. Here, check it out in action:

Cool, no? I think so. Hans needs to figure out a way to mass-produce these – or at least sell an instruction kit along with a parts list. I would certainly love to have a clock this cool somewhere in my home or office – though the sound of the motors constantly whirring away might get on my nerves after a while. Nah, I’ll just buy some earplugs if I must.