Until you’ve tried a Bluetooth speaker, you can’t really understand how useful they can be. Sure, the sound quality isn’t always spectacular, but it always blows speaker built into smartphones and tablets away, and the wireless convenience can’t be denied. Logic3 has just announced a Ferrari-branded Bluetooth speaker dock, which doesn’t really mean a whole lot, since it’s not like you’re going to be driving this thing. 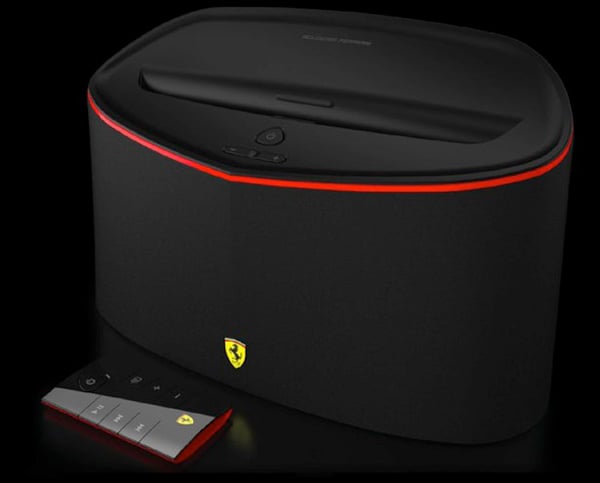 The Ferrari Logic3 Scuderia FS1 Air speaker dock was inspired by the Scuderia Ferrari racing team as well as the GT car’s lines, creases and curves. It’s powered by “Class HD” technology and has an integrated digital signal processor, controlling the crossover and equalization so that it coaxes the best out of your encoded music. 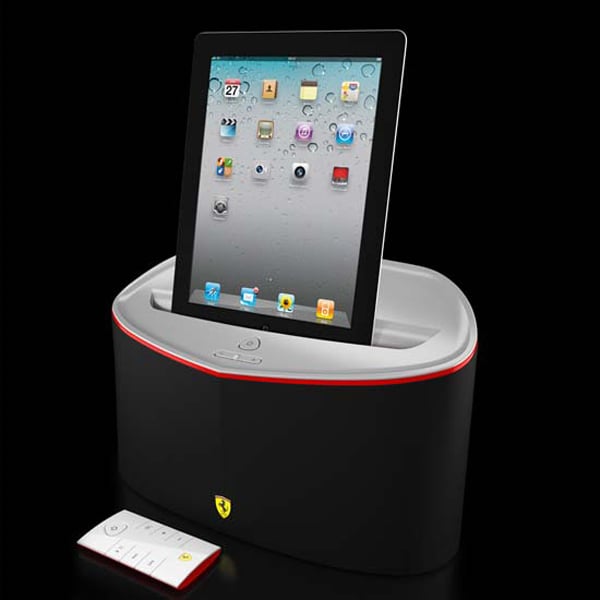 The integrated 30-pin connector will allow you to dock most iDevices and juice them up while they play their tunes. While it’s not as expensive as an actual Ferrari, the $600+(USD) price tag will burn a hole in your pocket, and if I’m going to spend that kind of money on a dock, I prefer the style of the B&W Zeppelin Air, which can be had for just a few dollars more. But if you’re a die-hard Ferrari fan, you can get your hands on the Scuderia FS1 Speaker Dock at a variety of retailers around the world.