Ben Heck Analog WASD Keyboard Mod: Because You Can’t Type With a Joystick

Modder Ben Heck has removed one of the few remaining advantages of videogame consoles over the PC master race: the analog stick. Heck sacrificed an Xbox 360 controller to make the W, A, S and D keys on his keyboard behave like the left stick on the controller, i.e. the harder he presses the keys, the faster his character moves in game. Or whatever “-er” is supposed to happen. 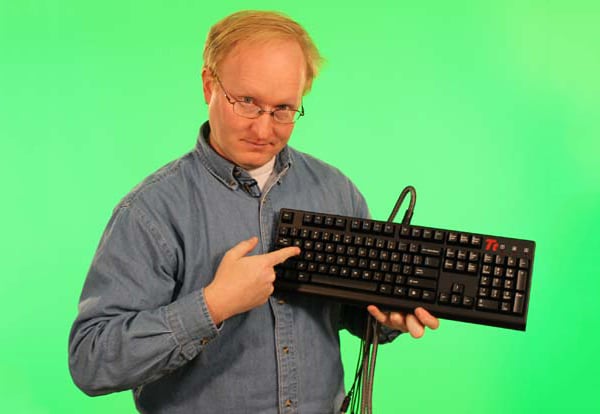 Aside from an Xbox 360 controller, Ben Heck also used magnets, Hall effect sensors and a microcontroller to complete the mod. He ends up with WASD keys that are much more useful in PC games that support gamepads. You can skip to about 10:00 in the video to see Heck test his modded keyboard:

If you already had your soldering spellbook and modding whatzits close at hand, head to Ben Heck’s website to grab the files and code you’ll need for the mod.