Motorized LEGO Tumbler: Where Does He Get Those Wonderful Toys?

This LEGO motorized Tumbler is so detailed that you might think it was made by Wayne Industries, but it was actually made by a guy named Sariel. The man should build for Batman himself – or at least change his name to Lucius. 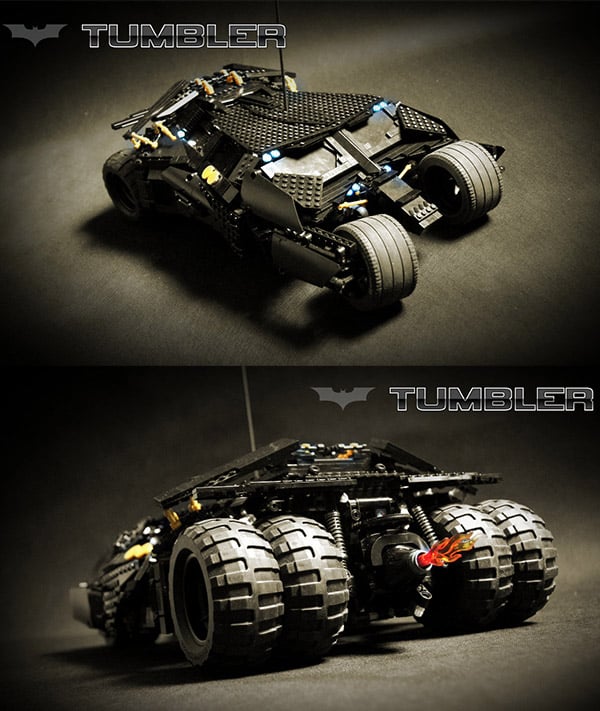 One of the most impressive things about this remote-controlled Tumbler is that he paid extra attention to making it match the steering and suspension of the vehicles created for the Dark Knight movies. This took some time, but was well worth it. He spent over a month on the bodywork and obviously has a strong respect for Christopher Nolan. In addition to the functional drivetrain and suspension, it’s got some nifty blue LEDs and canons that fire projectiles for added effect. Check it out in action below:

Sariel says that it led him “to believe that Chris Nolan secretly hates model builders and created Tumbler so as to make them hate themselves.” You can get all of the technical details on his site after you are done drooling over this amazing vehicle.