It’s been quite a while since Katamari Damacy first came out, but it’s still one of my all-time favorite games. Between the quirky characters and original gameplay mechanics, it definitely belongs in the video game hall of fame, IMHO. And while there’s been a decent amount of fan art done of the years, this is the first time I’ve seen a mechanized tribute to the little Prince and his rolling Katamari. 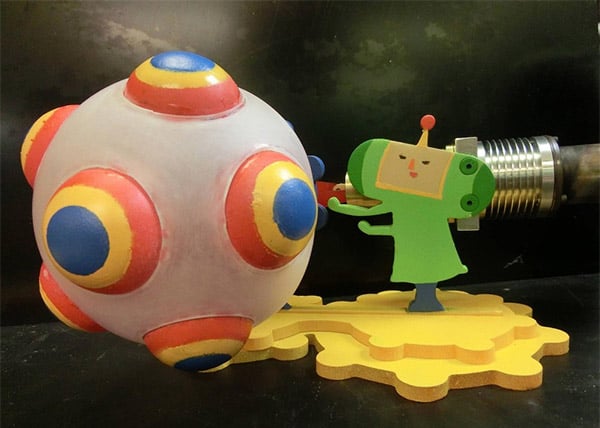 Builder Mike Choi created this piece he calls Katamari on the Spin, and it’s actually a Gamma Type Stirling Engine powering the Katamari. That piston you see in the rear is actually what drives the sphere. Mike says it took him about 200 hours to build, between the hand-painting and machining of the components. 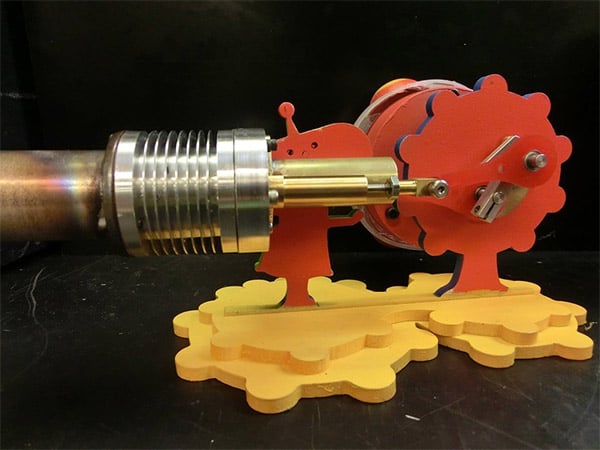 He buit it as his final project for a mechanical engineering class, and I think he deserves an A+++++++, regardless of what his professor may think. Check it out in action in the video below:

Great job, Mike. Now you just need to rig it so it can actually pick up objects as it spins.