Here’s one of the most clever uses of Bluetooth-enabled smartphones that I’ve ever seen. It’s called the MeterPlug, a Bluetooth device that plugs in between anything with a power cord and an AC outlet. Together with a mobile app, MeterPlug can tell you how much electricity a particular appliance is consuming. And then some. 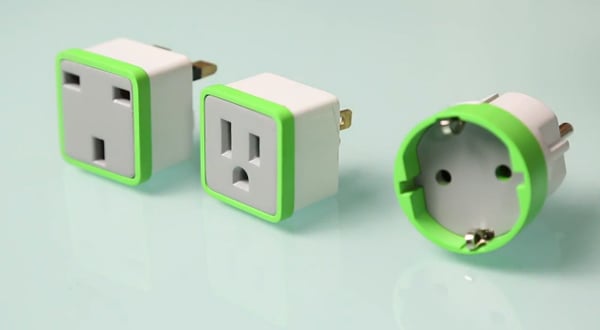 Aside from monitoring consumption, the MeterPlug can actively help you lower your electricity bill because it allows you to turn devices off – or on – based on three criteria. First, it allows you to turn off any device as long as it’s plugged into a MeterPlug and it’s within 100ft of your smartphone. It also has a mode where it automatically turns off a device if the latter enters standby mode. No input from you whatsoever.

But the feature I like best is the one that automatically turns your MeterPlugged device on or off depending on your proximity. Well actually it’s your smartphone’s proximity that matters but still, isn’t that awesome? You can just get off your couch like a bad ass and your TV will turn itself off. Walk in your room like a boss and your lamp turns on. Walk away from your desk like a sir and your computer abruptly turns off. Okay maybe that one’s not a good example.

As of this writing, you can pre-order a MeterPlug by pledging at least $49 (USD) on Indiegogo. Beyond its good intentions, the prank potential of this device is limitless.