I know I’m not the only person who has been itching for car manufacturers to finally begin integrating wireless smartphone charging into their vehicles. The first company to do this on a production vehicle is Toyota (Dodge is offering the feature as an after-market add-on for it’s 2013 Dart). Of all the cars to get this feature, the incredibly dull 2013 Avalon is one of the first vehicles to offer Qi wireless in-car charging for smartphones. 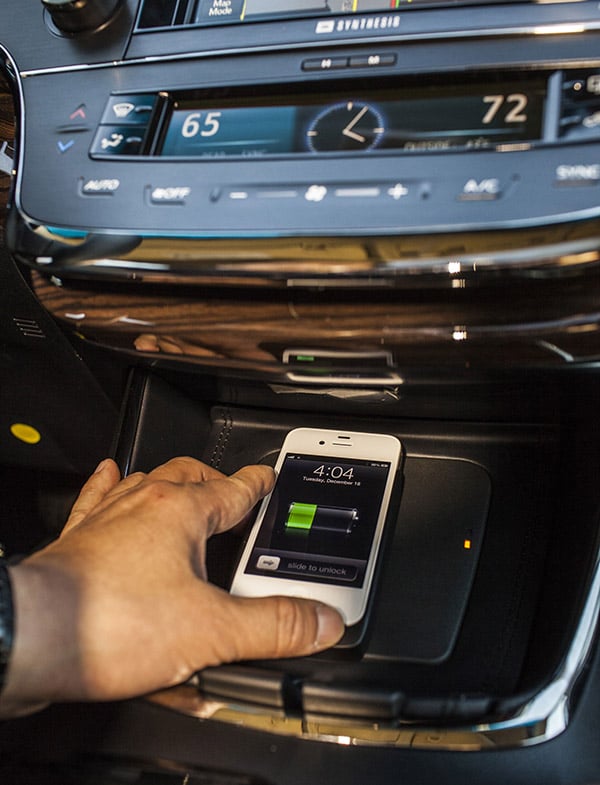 Toyota says that the charging pad is integrated into the “ebin” lid in the center console, a silly name for a tray designed for holding mobile gadgets. A switch underneath the lid turns the charging pad on and then users can charge the device by placing the smartphone on the high-friction surface of the charging pad. I wonder how well the phone actually stays in place when making turns or during acceleration and braking.

It’s too bad Toyota didn’t put more thought into hiding the charging pad behind the tray to make the whole install look cleaner. As it is, this looks like a mod that a geek with a little time on his hands could whip up.

Hopefully, we’ll see wireless charging in more cars over time, and with even better integration.