It seems as if the robots are getting ready for an assault from both land and air these days. Just yesterday, we saw a creepy hexacopter that could also crawl, and now we have a drone that can both roll along on the ground and fly. 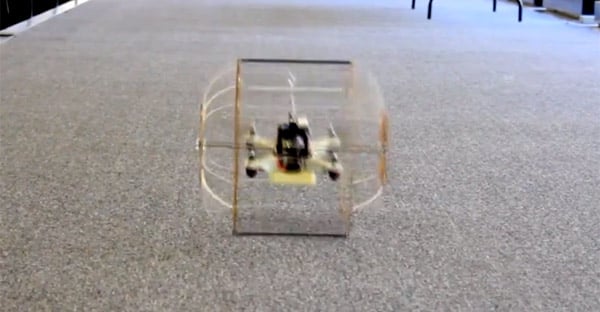 The Hybrid Terrestrial and Aerial Quadrotor (HyTAQ) robot was designed by Arash Kalantari and Matthew Spenko at The Robotics Laboratory at Chicago’s IIT. At first glance, it looks like an ordinary quadrotor, set into a cage. But that cage serves more than just a decorative purpose – it provides the means for the robot to roll on the ground. 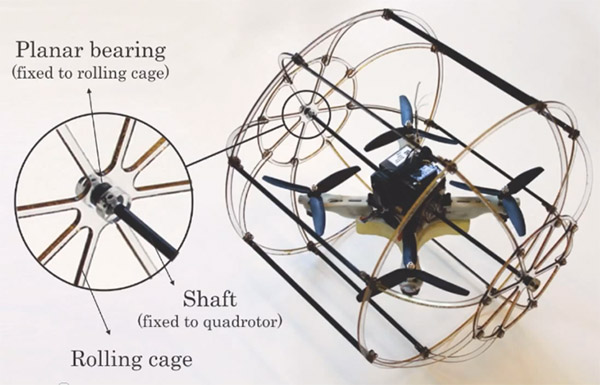 The polycarbonate and carbon fiber cage is attached to an axle which can spin freely around the center of the quadrotor. By landing the quadrotor on the ground and and using the same actuators to drive it along the terrain. It’s a really cool and elegant design that also is able to protect its rotors from damage. Check out HyTAQ in action below:

Man, that thing can switch from ground ops to air ops so fast. The robot apocalypse can’t be far behind now – or at least the coolest robot toys you’ve ever played with.