Do you often get bamboozled trying to figure out which cable is which when wiring up your home theater gear? While you could simply put color-coded dots on the cable ends, that’s just not nearly as cool or geeky as these new HDMI cables with light-up color-coding. 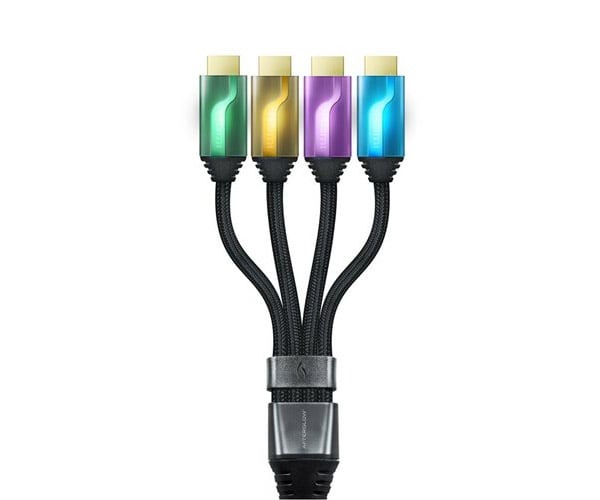 Coming soon from PDP, The Afterglow is a 6-foot-long HDMI cable that group four cables into one. The light-up LED heads make it easy to identify which cable is connected to which device, and just looks cool when connected.

What’s not clear is how much slack you’ll get at each end of the cable – since not all of your devices are going to be that close together. I can only imagine that the other end of the cable has a bit more distance between the connectors, but we’ll have to wait until PDP releases the full specs – which I’m guessing will turn up during CES in early January 2013.