If you can believe it, it’s been over 11 years since the original Xbox game console launched. It’s difficult to imagine a time when Microsoft didn’t have one of the top gaming consoles on the market, but prior to 2001, it was all Sony, Sega and Nintendo. Now, if you’ve got a whole lot of cash kicking around, you can own a piece of gaming  history, with this amazing collection of goodies from the original Xbox launch in November 2001. 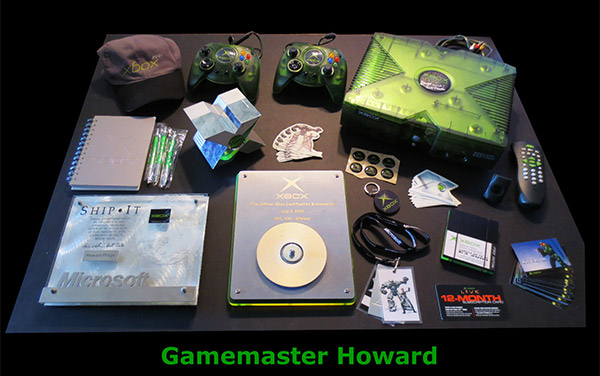 Having been employed at Microsoft from 1997 to 2006 as part of the Xbox launch team, Howard Philips (who also worked at Nintendo during its heyday) has decided to sell off his Xbox launch collection over on eBay. 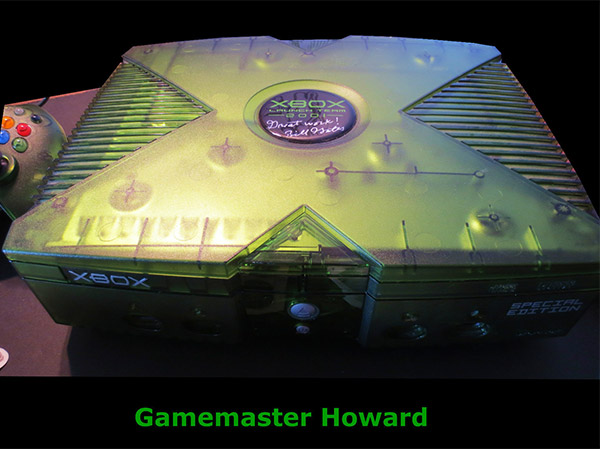 The collection includes one of the translucent green Xbox Launch Team consoles and a pair of matching green controllers. Just 60 of these were ever made, so they’re very rare. In addition, there’s an awesome, possibly one-of-a-kind sculpture of the original “X” prototype console, made out of machined and polished metal with a light-up Xbox logo. It measures about 18″x18″x18″ and weighs in at a whopping 25 pounds – which, when you think about it – doesn’t sound much heavier than the production Xbox console. 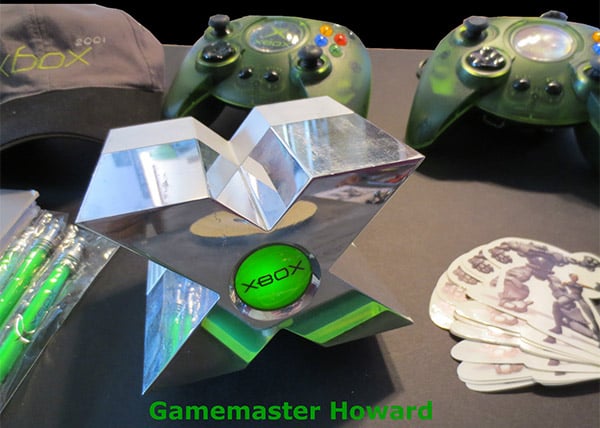 There’s also some cool internal Microsoft collectibles in the auction, including a commemorative launch plaque, and the first ever official Xbox Certification Submission Disc – the orinal master disc of NHL Hitz – the very first Xbox game to go into certification, back in July 2001. 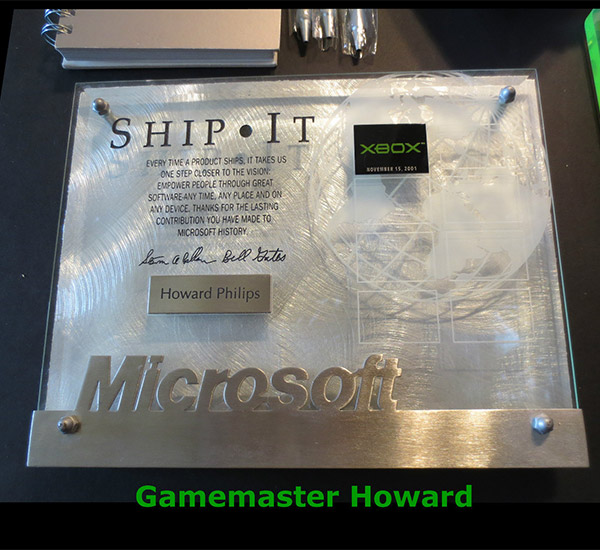 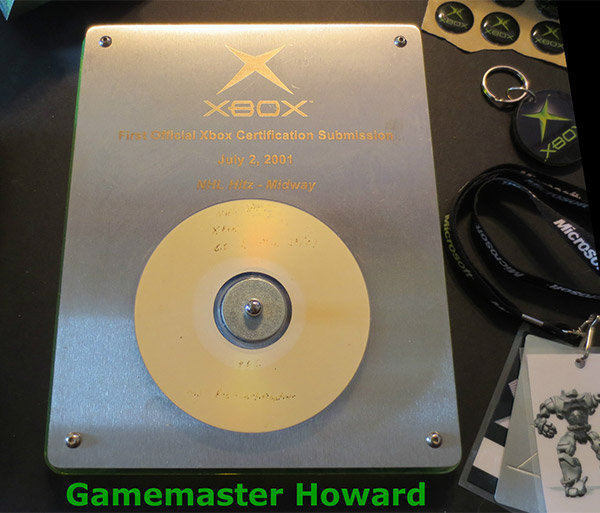 If you’re lucky (or rich) enough to purchase this collection, you’ll also get a full set of Xbox collectors cards from E3 2001, an original, unused Xbox Live Subscription card from the launch of the service, an original Xbox trade show badge, baseball cap and windbreaker, as well as a bunch of other Xbox stickers, buttons, pens and a notebook from the launch in 2001. 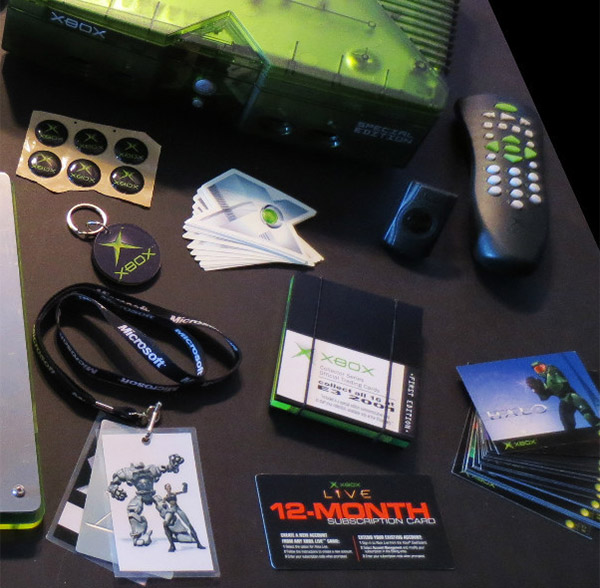 So what’s the price for all of this console history? Well, the starting bid for the auction is set at $5000(USD), and so far there aren’t any bids. The auction ends at 12:39pm PST on January 2, 2013, so there’s not much time left either.

If you’ve got a love for gaming, and really deep pockets, you can check out the entire auction here.