The biggest irritation for many people who moved from an older version of the iPhone to the new iPhone 5 was the smaller Lightning port. This meant that without an expensive and wonky adapter, your existing alarm clock dock and other plug-in accessories wouldn’t work with it. Until recently, if you didn’t want to bother with Apple’s adapter, there haven’t been a lot of other options.

Accessory maker iHome has revealed an interesting gadget that will be on display at CES 2013. The device is an alarm clock docking station called the iDL 100. The most interesting aspect of this device is that it has not one Lightning dock, but two. 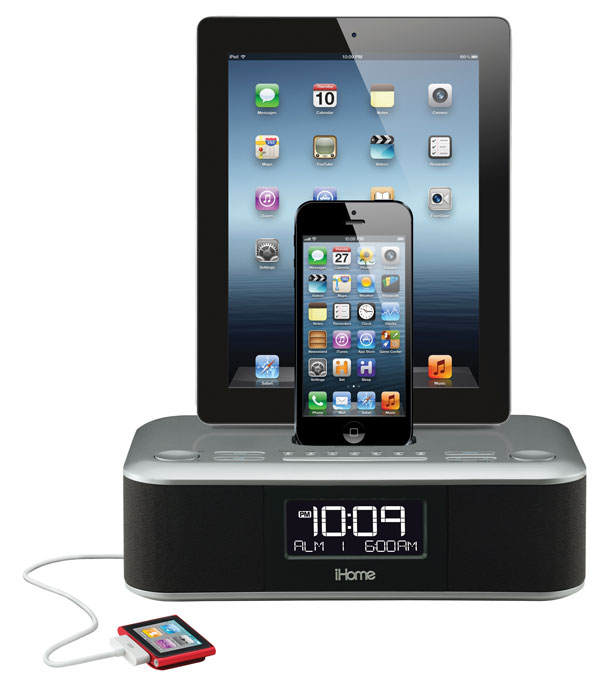 That means you can charge two iPhone 5s, or 5th gen iPod Touches at the same time, or your iPhone 5/iPod Touch and your iPad mini. If you still have additional gadgets in the house that you need to charge, it also offers a USB connector. Charging capacity is up to 2.1 amps. In addition to being able to play music from docked iOS devices, the clock radio also has an auxiliary input jack for other devices. One other interesting feature is the time autosync, which ensures your alarm clock’s time matches that of a docked iPhone or iPad.