Record Made from Ice Plays (Until it Melts)

I’ve actually been in a couple of ice hotels, and I know that the frozen stuff is a very interesting material, but I’ve never heard anyone using ice to make a record. This frozen 7-inch promotional record was released by indie band Shout Out Louds. 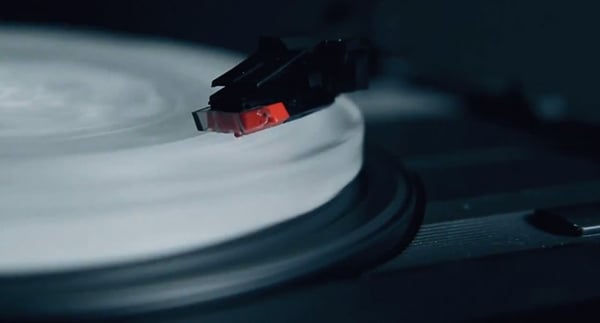 This single is Shout Out Louds’ latest and the first off their new upcoming full-length album. The ice record was created in collaboration with ad agency TBWA Stockholm, and required a lot of experimentation to get it right.

The limited-edition package (just 10 were made) includes a specialized silicone ice mold that allows for quick removal out of the freezer and will allow you to listen to the tunes for a lot longer, and includes a bottle of distilled water to avoid bubbles in the tracks.

The record can be played on a regular turntable, and the audio quality will rapidly diminish as the ice starts to melt – especially from the friction of the needle on the surface.