TireHawk TPMS Kit Lets You Monitor Your Tires from Your Smartphone

While many newer vehicles have built-in tire pressure monitoring systems which alert you when you have a low tire, they’re not always that great. In my supposedly schmancy 2011 Mustang, the TPMS can only tell you that some tire is low, and not even by how much. How useless is that? Well now that know about this new aftermarket tire monitoring system, I might just have to order one. 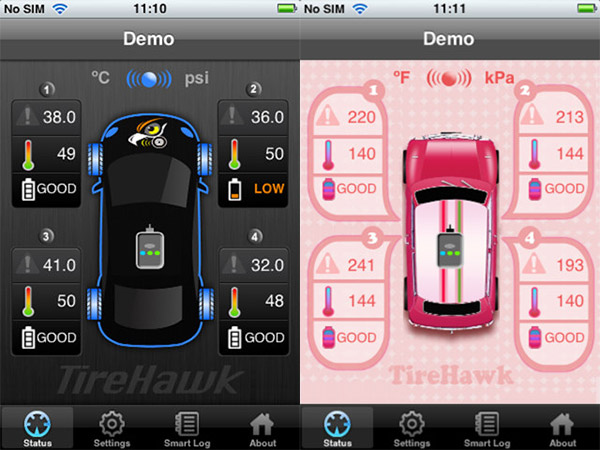 The TireHawk Bright+ TPMS Kit works wirelessly with your iOS or Android phone to communicate the exact tire pressure and temperature of each of your vehicle’s tires in real time. And you can configure it with your optimal settings to alert you if your tire is over or under its limits. 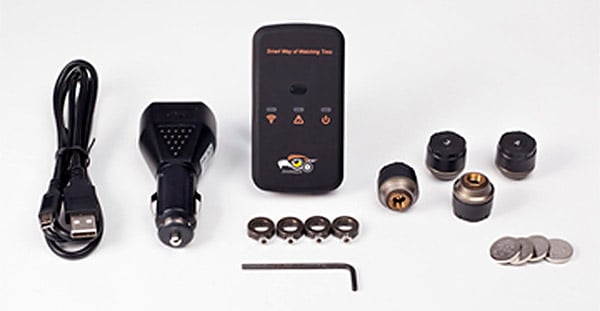 The kit includes a set of four sensors which sit on the valve stems of your tires, along with a compact wireless gateway which you can plug into your car’s cigarette lighter or USB jack and acts as a bridge between the 433Mhz sensor network and the 2.4Ghz Wi-Fi network.

There’s no word on pricing or a release date for the TireHawk system at this point, but it did just hit the FCC for approval, so I imagine it will be released very soon.