Everybody loves bacon. This love has spawned the creation of dozens of bacon-themed foods and condiments, as well as bacon-themed art like the Baconsaurus and Kevin Bacon the Bacon. The latest addition to the Bacon Hall of fame is the Puff the Bacon Dragon. 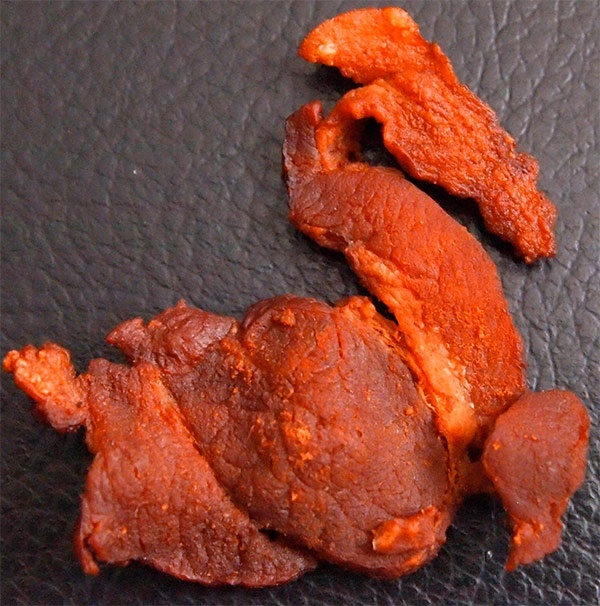 This dragon-shaped piece of bacon is currently up for sale on eBay, where seller aboadon calls it a ‘highly collectible’ piece of pork. He’s also asking for a pretty hefty amount for the ‘naturally shaped’ bacon dragon: $1,000.

Attention Collectors, Bacon and/or Dragon Lovers! I Present you The legendary “Bacon Dragon” – born November 9, 2012 in Phoenix, AZ. One of a kind formation, The bacon has spoken! This bacon art has not been treated with anything nor manipulated to its form. This is perfect for your dragon or bacon collection!

While we have no doubt about the awesomeness of the dragon, we’re not fans of the crazy price tag. You’ll probably have more luck spending that amount buying 200 packs of bacon at the grocery store and cooking each piece until you find a cool shape. At least you’ll get to eat the bacon and maybe find a dragon or dinosaur-shaped one in the process.