Guys and gals, you’d better start getting your flamethrowers and power loaders ready, because the Alien invasion has begun. At least that’s what I’ve been led to believe by this photo. 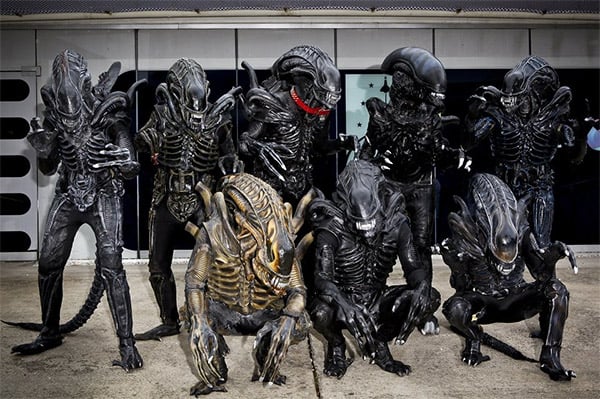 While you might be getting ready to run for the air lock, these guys were actually all dressed up in their finest Alien gear for the Aliens Anniversary Weekend back in 2011, so you’re safe for now. I spotted this image over on Abi-T-Xeno’s DeviantArt page, along with some other more amusing Alien and Predator images, including my personal fave, Alien vs. Predator: British Style: 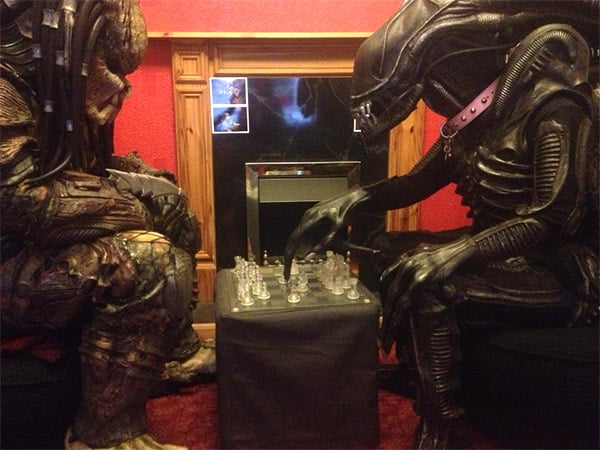 Be sure to check out Abi-T-Xeno’s DeviantArt gallery for more funny AvP pics.