Amazon Lends the Music Industry a Clue with AutoRip

Rumors were circulating earlier this week that Amazon was set to launch a new service called AutoRip. According to those rumors, the service would provide users with digital versions of tracks on physical CD albums that they purchase and no additional cost. The rumors even went so far as to claim Amazon would be making the service retroactive covering any CD that consumers have ever purchased via Amazon.com. 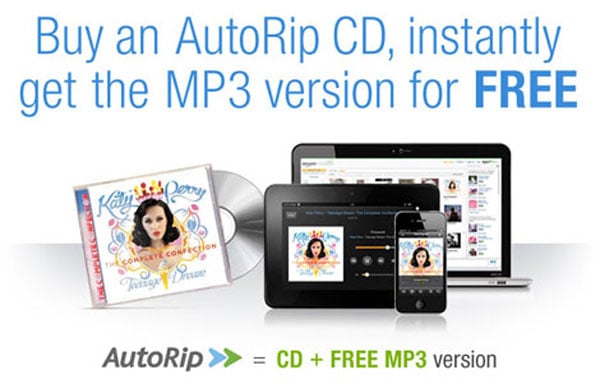 Honestly, the rumor was a bit hard to believe but Amazon has now officially confirmed the service. Even more impressive than buying a CD today and getting free digital versions of the tracks that you can access on your smartphone or tablet is that the service is in fact retroactive. Amazon will give you digital versions of songs on CDs you purchased via Amazon.com as far back as 1998. 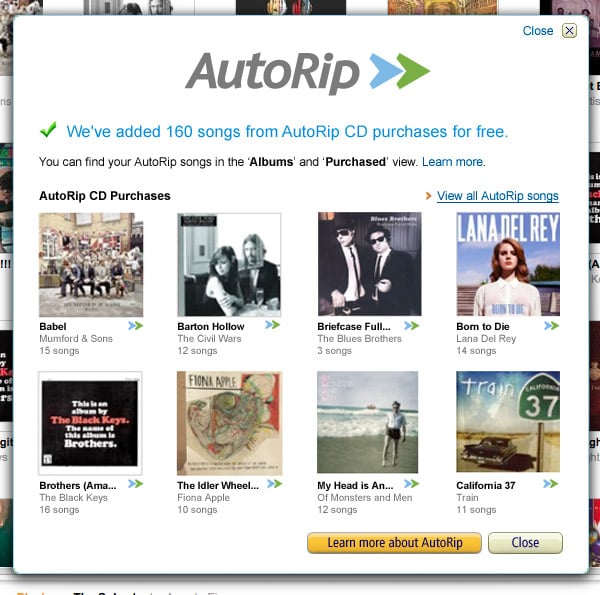 At launch, the AutoRip service is offered for over 50,000 albums on Amazon.com with more on the way. Albums available cover everything from new releases to back catalog albums. Amazon’s new service is made possible with deals with major record labels and music publishers. Deals are in place with EMI, Sony, and Warner as well as hundreds of independent music labels. The service is automatically enabled for any music you purchase and is downloadable via the Amazon Cloud Player at no cost.