If you’re a big fan of the Skylanders video game and collectible toy franchise, Activision has announced a new game is coming this fall. The new game is called Skylanders SWAP Force. The game will feature 16 new characters that will be on display at the Toy Fair 2013 in New York this month. 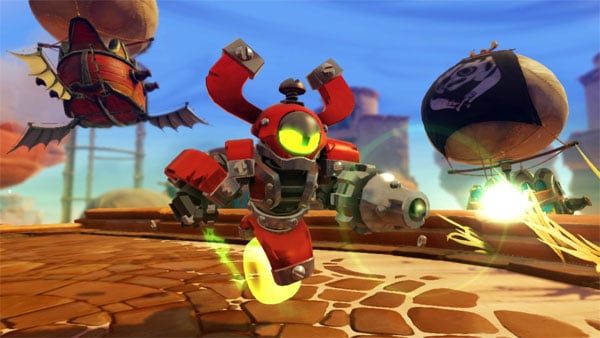 The coolest feature of the new game in the franchise is that the player can customize the accompanying action figures. Each of the 16 action figures that go along with the new  game has the ability to be separated into top and bottom halves. Those halves can then be interchanged, creating custom action figures with custom powers and abilities. In addition to the 16 swappable characters, the game will feature 16 new Skylanders, and 16 upgraded versions of classic characters.

SWAP Force will see players starting a new adventure in the mysterious Cloudbreak Islands. These islands are the home of a volcano that erupts every 100 years replenishing the magic in the Skylands. The special characters in the game were once blown apart by the volcano and left with special abilities, including the ability to empty your kids’ piggy banks.

The game is expected to be coming to the Xbox 360, PlayStation 3 and Wii U later this year.