There was some uproar about the possibility of using unarmed drones over US soil to locate that cop turned killer fugitive, but maybe that’s because drones have a bad rap because of all of the bombs they’ve been known to drop. Now, engineers at FliteTest are trying to make a kinder, gentler drone, the kind that captures artsy images. 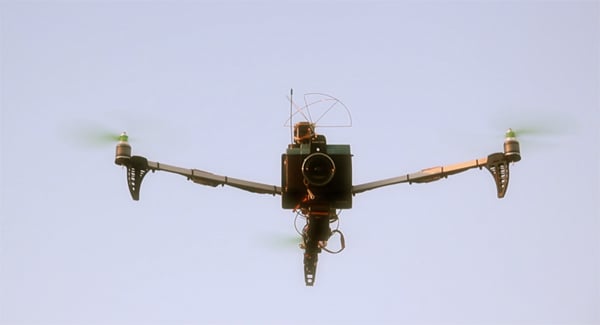 The Lomo-Copter is a remote-controlled tricopter, outfitted with a medium-format Diana F+ Lomography camera with an instant back and remote-triggering mechanism. This brings fuzzy, light-leaky, and vignette stylized imagery to secret spy footage. 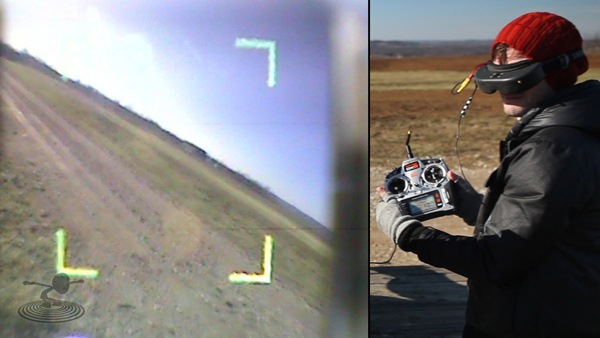 The Lomo-Copter also has another camera mounted to the Lomo-cam’s viewfinder, which transmits real-time footage to the operator’s stylish goggles for first-person-view operation of the drone, so they can snap pictures remotely with the old-school analog camera. Here’s a comparison of the FPV goggles and a Lomo print: 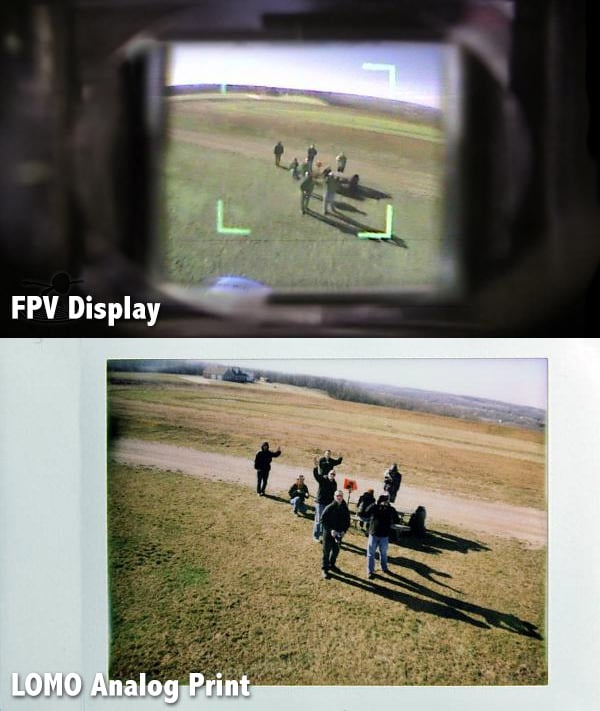 So if you’re worried about drones flying over your neighborhood, don’t be because some of them are actually pretty nice, and they might just Instagram you some photos of your garden gnomes.