PowerSkin Battery Case Gets it PoP’n

PowerSkin has been making cases to extend the battery life of various smartphones for a while. The company has now announced a new battery case that sucks. No seriously, it uses suction cups to stick to the back of your smartphone. The case is available in two different styles to fit the iPhone 5 and other devices and is called the PoP’n. 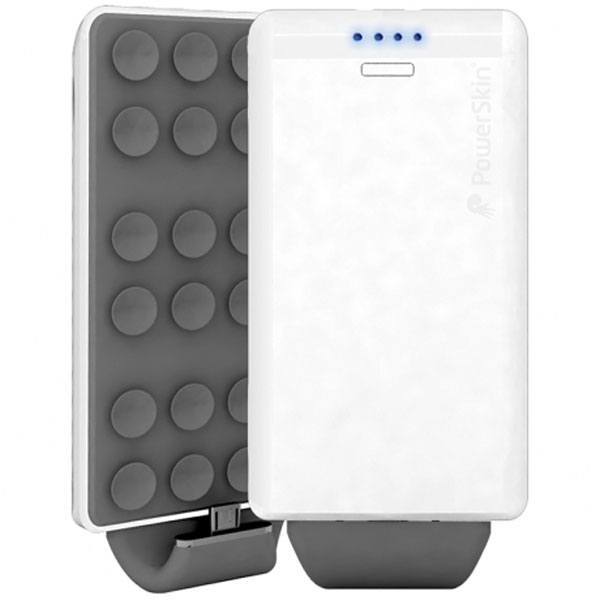 Other than the connector, both versions have the same specifications with a 2000 mAh battery inside promising up to 70% more talk time. The battery device measures 5″(h) x 2.2″(w) x 0.41(d) and weighs 0.4 pounds. Both versions are available to order right now. PowerSkin plans on offering red and pink versions of the case in the future.