I’ve been undeniably excited at the thought of new Star Wars films coming to theaters. We already know that J.J. Abrams will be directing Episode VII, which is expected in theaters in the next few years. What remains unclear is exactly what timeframe the new film will cover.

A new rumor has surfaced that points to a timeframe at least 30 years after the events that happened in the original films. The source of this rumor comes from the fact that Harrison Ford is rumored to have signed on for the film. The original report came from Latino Review’s “El Mayimbe” who claims to have triple checked the information before breaking the story. 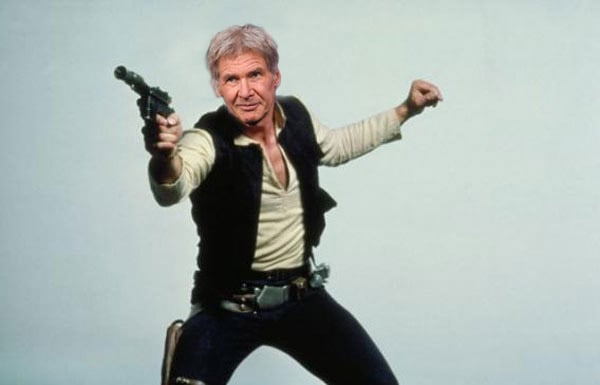 For what it’s worth, Slate reports that this particular publication has a good track record in breaking rumors such as this one. So far, Disney has offered no confirmation that Harrison Ford will be participating in any upcoming Star Wars film. So far, rumors for the new film indicate that it will focus on the children of Han Solo and Princess Leia, in which case a cameo from Ford would seem appropriate – even though the actor is now over 70 years old.