I think that one of Microsoft’s biggest mistakes in recent years is Windows RT, and by extension the Surface RT. I’m not saying Windows RT devices are useless. It’s just that seen in the context of their release, they are products that can confuse and scare off potential Windows 8 users. Microsoft might be better off supporting this hack that lets full Windows programs run on Windows RT. 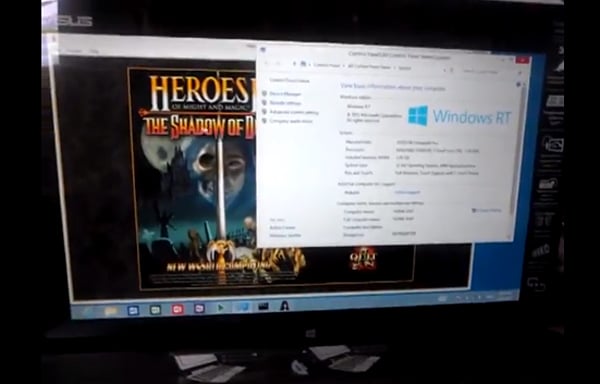 Xda-developers forum member mamaich is currently developing a program that enables Windows RT devices to run applications that were originally intended to run on the desktop version of Windows. In other words, it’s going to turn a Surface RT into a Surface Pro (with weaker hardware). Mamaich is aware and clearly states that even in its finished state, the program isn’t a cure-all. It won’t be able to launch some desktop applications simply because there are many hardware and software limitations in Windows RT devices. We do know that it can launch Heroes of Might and Magic 3, though.

Head to mamaich’s thread on the xda-developers forum to download or find out more about the program. Mamaich lays out the intricacies of the program in this particular post. This isn’t for the faint of heart though; the program is in beta and it requires you to jailbreak your Windows RT device.