Robotic Bat Wing Developed: Where Does He Get All Those Wonderful Toys?

This robotic bat wing was developed by Wayne Enterprises – I mean Brown University. Because you need a wing if you want to build a bat. In fact, you need two. Right now, it is just a wing, but with this wing they can learn more about the aerodynamics of bat wings and how bat flight works. 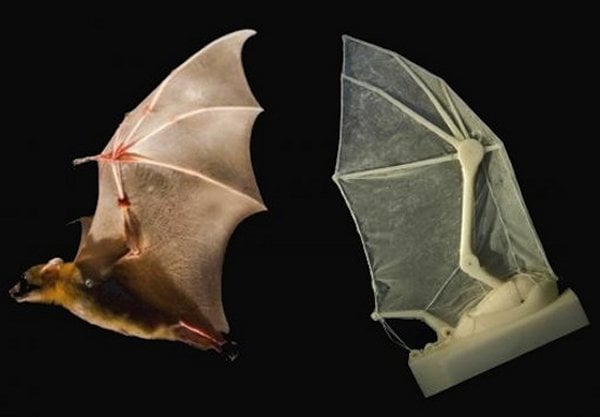 The wing isn’t identical to the natural wing of the lesser dog-faced bat that it is based on, but close enough for studying how they work.Check out the video to see it in action.

Whatever mad creation they intend to spring on the world, it will have bat wings and probably suck our blood. Thankfully, they haven’t gotten that far yet. They can put it on a real bat later just for laughs. Or maybe a rat. Or an octopus. That would be horrifying.

Landing a Jumbo Jet in Antarctica