There are plenty of drones hovering overhead, but I have to say that mounting one of these ultra-high resolution cameras on one will make them very useful for Big Brother. Pretty soon, they’ll be able to spot what you’re having for breakfast from 20,000 feet in the air. 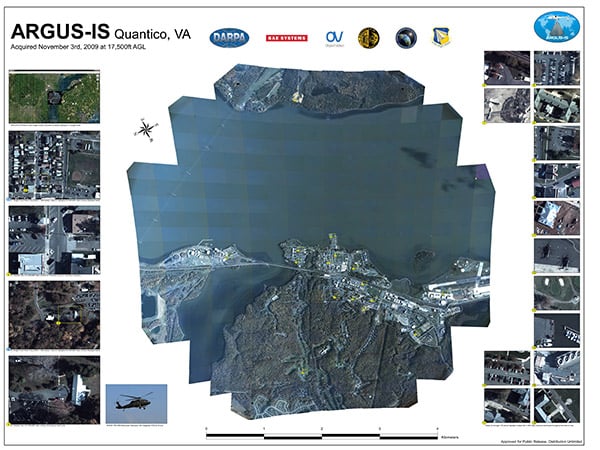 The highest-resolution surveillance system in the world was developed by DARPA and it’s called the ARGUS-IS. It features a camera that’s got a whopping 1.8 gigapixel resolution. The camera was designed to be used with drones like the Predator, and the ARGUS-IS (Autonomous Real-time Ground Ubiquitous Surveillance – Imaging System) can spot a six-inch object within a ten square mile radius from 20,000 feet in the air. 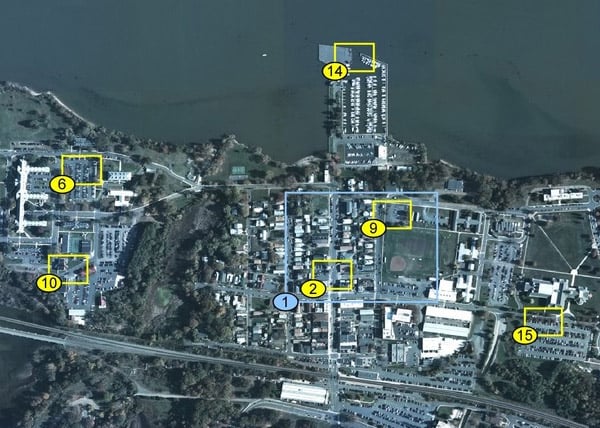 The high-res cam doesn’t reveal facial features, but you can easily spot details like birds flying around and the color of somebody’s clothes. 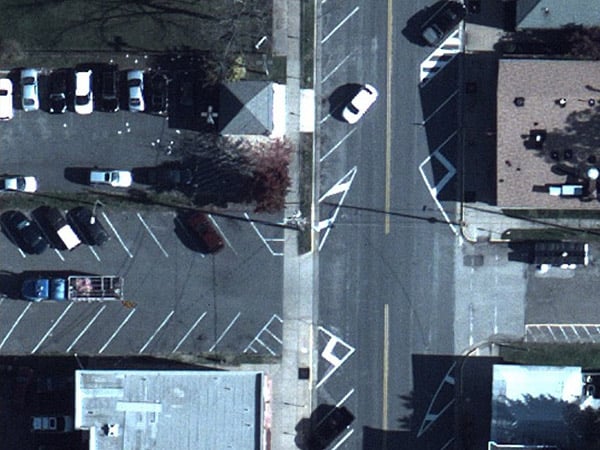 The meta-camera is made up of a 368 sensors, which are just like the ones found in smartphones, but the ARGUS-IS uses its robust processing power to assemble these images into one giant image. The combined cameras can stream around 1 million terabytes of video, which is 5,000 hours of HD footage per day.

The images you see here were captured back in 2009, so one can only imagine the image resolution they could capture with today’s improved digital camera tech.